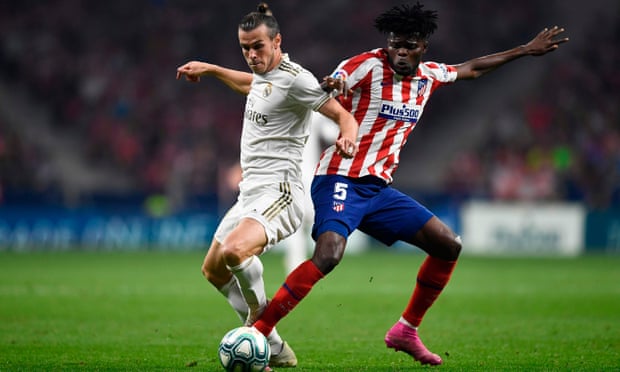 When Diego Simeone asked Thomas Partey to come onto the pitch to try and rescue the result against Eibar, nobody, not even himself, could have imagined that it would be the Ghanaian who would score the winning goal, with the midfielder proving himself to be an invaluable tool for all situations for Atletico Madrid.

He has two goals thus far this season, with his latest coming in the Champions League against Lokomotiv Moscow, and he has been a sensation this season.

We're starting to see a midfielder that Simeone daren't not drop from the starting XI, he is so technically gifted and so powerful that he nicely complements Koke and Saul Niguez, and if he is adding goals to his game now as well, Atletico's midfield is set for a long time.

In the Spanish league only Casemiro has scored as many goals as Thomas this season, and he is outperforming other great holding midfield players, Javi Martinez and Idrissa Gueye who have yet to score at all this campaign.

Even in the Premier League, Thomas' numbers are strong with none of Fernandinho, James Milner, N'Golo Kante, Nemanja Matic or Lucas Torreira having managed to score as many goals this season.

The only midfielder in the Premier League who has done so is Tottenham Hotspur's Tanguy Ndombele.

Atleti have been forced to reinvent themselves this season, and they will continue to have to evolve in order to get the best out of Joao Felix you'd imagine.

This is where Thomas' contributions could be so vital, as he is showing all the characteristics needed in an elite midfield player.

He wins possession back and starts counter-attacking moves, but now he has the stamina and energy to ensure he is in the right possession to sometimes even finish the move off, it's no coincidence we've seen him in far more adventurous positions since Felix arrived.

Moving forward he is essentially there to give the Portuguese starlet a bit of extra help, whilst being good enough to cover both phases of the game.

It's interesting to note he has completed 91.67 percent of his dribbles this season, the second-highest in the Spanish top flight, whilst his pass completion percentage is around 87 percent.