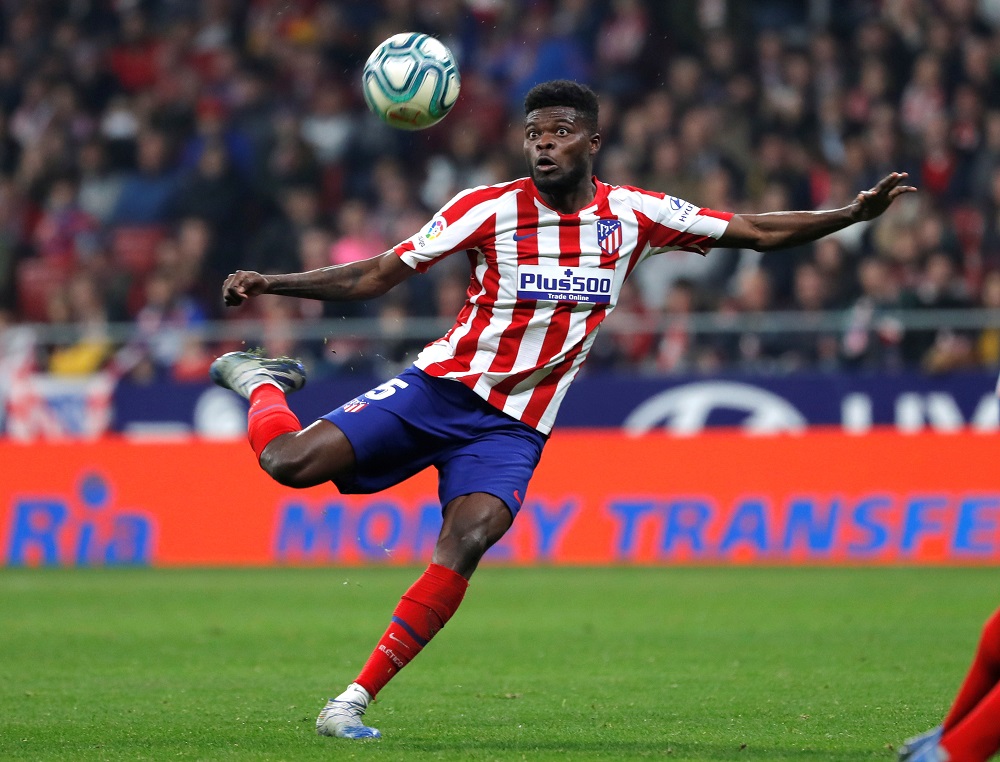 Ghana midfield sensation Thomas Partey is set to smash the Ghanaian records by earning a staggering £250k a week wages if he completes his move from Atletico Madrid to Arsenal.

Partey has been Arsenal’s top transfer target all summer and the North London club have now indicated that they will pay the midfielder’s £45 million release clause.

The midfielder is expected to undergo a medical later today in Madrid in an attempt to beat the red tape which flashes at 23:00 hours time in England and 24:00 hours Scottish time.

Previously, former Ghana skipper Asamoah Gyan is reported to have earned $ 200,000 dollars a week in his blockbuster move in China with Shanghai SIPG whiles Michael Essien was on an impressive £ 150,000 a week at the peak of his powers at Chelsea.

That will all be dwarfed by Thomas Partey if he joins Arsenal, he will be hoping that Atletico Madrid show little resistance and accept his will to leave the club and join Arsenal, fulfilling a childhood dream of playing in the English Premier League.

In other news, fellow Ghanaian Baba Rahman is expected to complete another loan move from Chelsea with two clubs closing in on him this summer after recovering from another knee injury he picked up earlier on in the year.