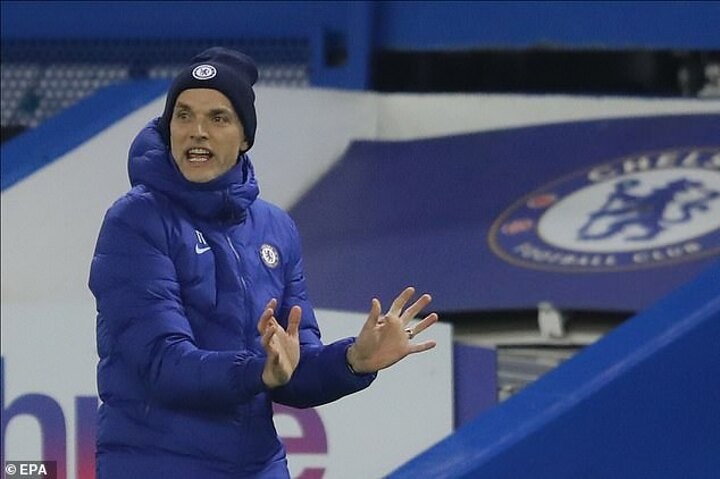 Thomas Tuchel says he plumped for experience over youth after selecting his first Chelsea XI following his managerial appointment.

Tuchel was announced as the Blues new boss on Tuesday evening, replacing club legend Frank Lampard who was sacked on Monday.

And just 24 hours later Tuchel was taking charge of his first game at the west London side as they entertained Wolves in the Premier League.

The German's XI was notably different to Lampard's as he made four changes to the side that started Lampard's last Premier League game in charge - a 2-0 defeat at Leicester on January 19.

And speaking about picking a team for the clash against Wolves, Tuchel admitted it was virtually impossible as he only had one training session with the squad on Tuesday evening.

'How can I pick with one session - it was totally unfair,' he told BT Sport.

'It was the most unfair line-up we've ever done. We've chosen experience today.

'The place where we are is not where we should be in the table.'

Tuchel's place in the dugout completes a whirlwind couple of days for the 47-year-old - something he was quick to acknowledge.

'You cannot imagine the last 48-72 hours. It's a bit surreal that we're here now and playing with Chelsea. It's been a crazy last few days.'

And when asked about his style of tactics, Tuchel provided fans an insight about what he hopes to bring.

'I hope we will attack and play a brave football and create and score chances. When I think about Chelsea - they play intense football and had teams that can defend hard.

'We want to create this, we see a lot of talent, experience and young players. We want an attacking style and for the to be active in all styles of play.'