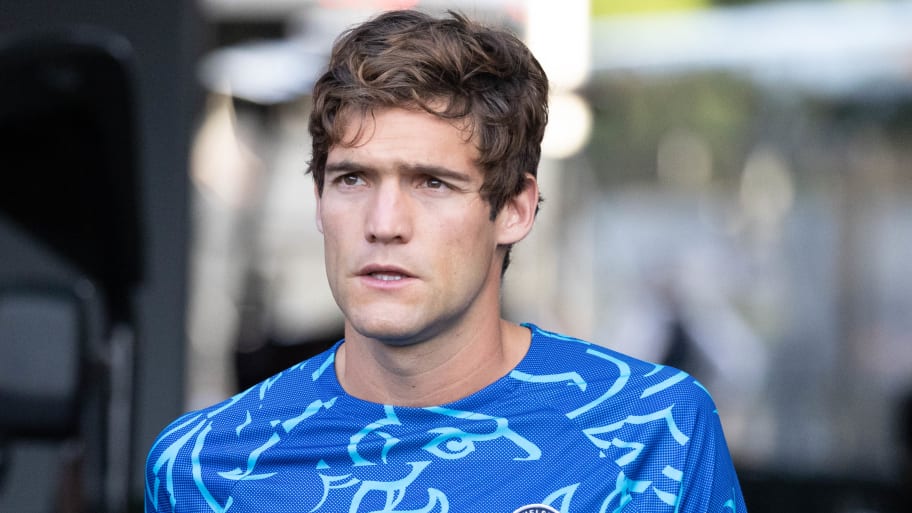 Chelsea head coach Thomas Tuchel has confirmed that he omitted Marcos Alonso from the Blues' matchday squad to face Everton as he has asked to join Barcelona.

90min revealed on Friday that Barça were confident of concluding a deal for Alonso this month, and suspicions that a deal was close were raised when Alonso was not named in Chelsea's matchday squad for their season opener on Saturday.

Following the west Londoners' 1-0 win at Goodison Park, Tuchel confirmed that Alonso has asked to leave and so was left out of their travelling party.

When asked if Alonso had asked to leave Stamford Bridge, Tuchel said: "That is the case. He tries to leave and we agreed to this wish. That's why it would not have made sense to put him on the pitch today.

"He would've been on the pitch otherwise but in this situation, it was the right thing to do."

While Alonso is looking to leave Chelsea for Barcelona, Cesar Azpilicueta has shelved his own plans of moving to Camp Nou.

The Blues captain penned a new two-year contract with the club earlier this week, bringing an end to Barça's immediate interest in him.