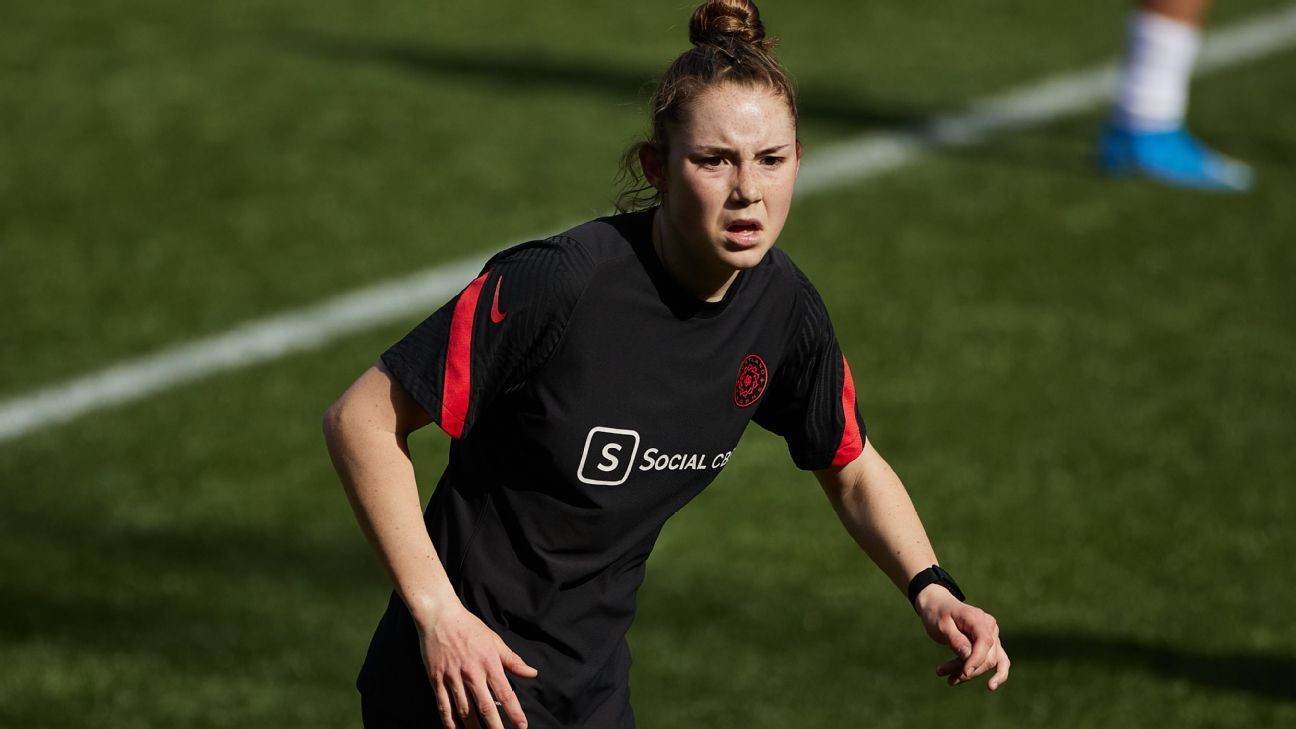 Fifteen-year-old Olivia Moultrie is suing the National Women's Soccer League on anti-trust grounds over its refusal to allow her to play in the league due to her age.

The NWSL requires players to be at least 18 years of age in order to play. The suit, filed in U.S. District Court in Portland, Oregon, alleges that by refusing to allow Moultrie to play, the NWSL is violating the Sherman Antitrust Act.

"Ms. Moultrie does not seek an order from this Court awarding her a contract or a roster slot," her lawyers wrote in the suit, according to The Oregonian. "Rather, she seeks removal of an unlawful barrier to her participation."

Moultrie has been training with the NWSL's Portland Thorns since she was 13, and has participated in scrimmages and pre-season games against other professional teams. But she remains ineligible to play in the NWSL, with the league determined to keep the rule in place.

Such a rule is usually part of a Collective Bargaining Agreement (CBA), but the NWSL only recently began negotiating with the NWSL Players Association on the first CBA between the union and the league.

In response, the NWSL released the following statement.

"The league is engaged in collective bargaining with the NWSL Players Association, which is the appropriate place according to Federal labor law for issues regarding terms and conditions of employment to play out," the NWSL said. "Age requirements are a common feature of many men's and women's professional leagues in the U.S. and abroad.

"The rules that govern league operations are in place to support players and team operators and ensure the NWSL remains the premier women's soccer league in the world. We will vigorously defend our league against this litigation because it seeks to change a long-standing rule and interferes with the collective bargaining process."

Major League Soccer has no such restriction. MLS signed then-14-year-old Freddy Adu to a pro contract back in 2004, and it has not been unusual for 15- or 16-year-olds to sign with the league.

Moultrie was born in California, and has been touted as a soccer phenom from a young age. She was offered a scholarship to the University of North Carolina -- which has won 21 NCAA titles and produced dozens of U.S. women's national team players -- at age 11.

But she turned that down at age 13, hiring sports media company Wasserman Media Group to represent her, and signing a nine-year, six-figure endorsement deal with Nike. Her family has since relocated to Portland.