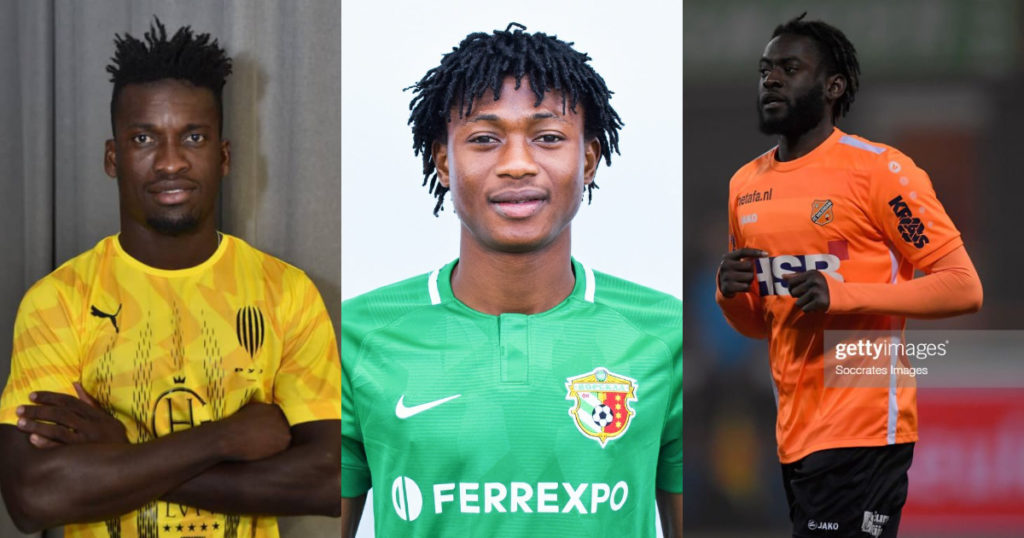 The conflict between neighbouring European countries, Russia and Ukraine, has brought football to a standstill with many players fearing for their lives.

Players from different countries plie their trades in the Ukrainian topflight league, with some from Ghana.

Russia invaded the Ukrainian city of Kharkiv on Thursday, forcing families to flee the town while other try to cross the border to Poland.

Three Ghanaian footballers have been affected by the current situation in Ukraine.

Former Ghana U17 star Najeeb Yakubu plays for FC Vorskla Poltava in the Ukrainian topflight league. This season he has made 16 appearances for the club and remains a key cog in the team.

Yakubu has been indoors since Thursday, revealing he was sent an emergency text that training and all football activities have been halted.

"Yesterday when I went to training, everything was fine. This morning, I woke up to the news [of the attack]. They sent an emergency message that there wouldn’t be training and that we should stay at home and be safe. I called my friends in the city that was attacked and they said this is not a movie, it’s serious,” he told Citi Sports.

The 26-year-old Dutch-born Ghana plies his trade with Inhulets Petrove in the Ukrainian league. He joined the club in the winter transfer window. He moved to Ukraine after ending his stay with Wadi Degla in Egypt.

He also spent time in the Bulgarian league.

Nyarko plays for FC Lviv in June 2021 and has been an important member of the club, making 17 appearances and scoring two goals for the club. He is originally a player of AL Najran FC in Saudi Arabia.