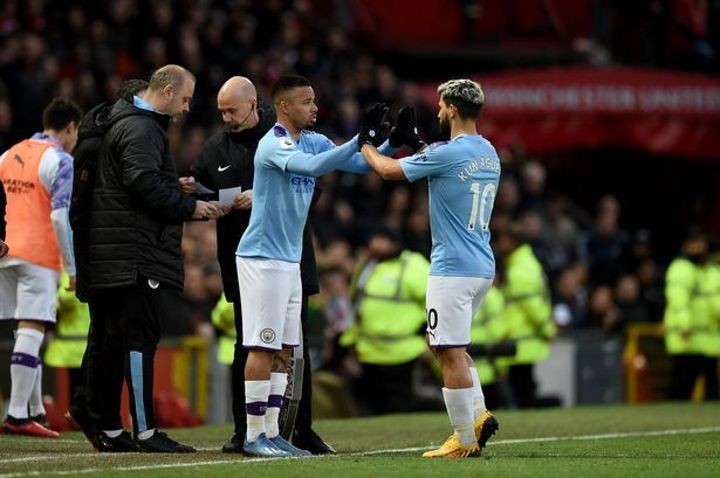 For a football obsessive such as Pep Guardiola not knowing when the game will resume must be frustrating, yet there are still plenty of decisions that will keep the Manchester City boss occupied over the next few weeks.

The football shutdown as a result of the coronavirus pandemic sweeping Europe is top of everyone's agenda now and Guardiola is no different, as his €1million donation to fight COVID-19 in Barcelona showed.

But football is regularly on the Catalan's mind and he will be using this unexpected break to mull over some key decisions that await when he returns to the Etihad.

City's Premier League campaign may be all-but over this season, but glory could still await in the FA Cup and Champions League if those competitions can be resumed.

Yet the surrender of the title to Liverpool - presuming the season is completed - has given Guardiola some big decisions to make ahead of an attempt to reclaim that crown next season.

These are three of the biggest issues facing him right now and those that will be top of his agenda.

City began this season with three options at left-back yet here we are towards the end of the campaign and the decision over who is the first pick for the biggest games is no clearer.

It seems Angelino has been cast aside, although his form in an attacking left-back role for RB Leipzig suggests he may actually have been suited to a back three if that is a formation City persist with.

With the Spaniard out of the picture for now, and possibly for good if that loan move becomes permanent, it leaves Aleks Zinchenko and Benjamin Mendy.

City are still waiting for the latter to rediscover his best form and truly convince that he is a £50million left-back, with his time at the Etihad beset by injuries and indiscipline. While Zinchenko has proved to be an able and reliable back-up, he hasn't had his best season and he doesn't look a long-term solution at left-back.

That leaves Guardiola with the task of deciding to back one of his two current options or make a move into the transfer market to resolve what remains a problem position.

As things stand Aguero's City contract will expire at the end of next season. The striker will be turning 33 in June 2021, when his deal ends and has made no secret of a desire to finish his playing career back in Argentina.

While City hope their record goalscorer will commit at least one more year to the club the time is coming to think through the succession planning for when Aguero's reliability in front of goal can no longer be called on.

It may be that dealing with Aguero's departure is the problem facing the next City boss, but Guardiola will want to play his part in making sure there is a plan in place for when the brilliant Argentine does leave.

For three years it has looked like Aguero's perfect replacement has been in place in Gabriel Jesus, but the nearer it gets to post-Aguero life the more questions are being asked of the Brazilian. There has been plenty of speculation during this season that he may be expendable.

Jesus' goals record stands scrutiny and he was excellent recently in the win at Real Madrid, but the time is coming for Guardiola to commit. This summer could be decisive in deciding whether Jesus is the man who will take over from Aguero.

When Vincent Kompany left the Etihad last summer appointing a replacement captain was a very simple task. David Silva had been a diligent understudy and had plenty of experience in the role when Kompany had been unavailable, it was a no-brainer.

Yet when Silva departs this summer the decision might not be as clear. Logically Fernandinho is probably next in line, yet the Brazilian will be 35 in May and nobody knows how much football he will be able to play next season.

He wouldn't be considered a long-term captain, but the time may have come to think about a long-term approach to the role. City haven't lacked for experience in recent years but with Kompany gone and Silva going, and Fernandinho and Aguero not far behind, it's time for fresh leadership and that could be defined by the choice of club captain for 2020/21.