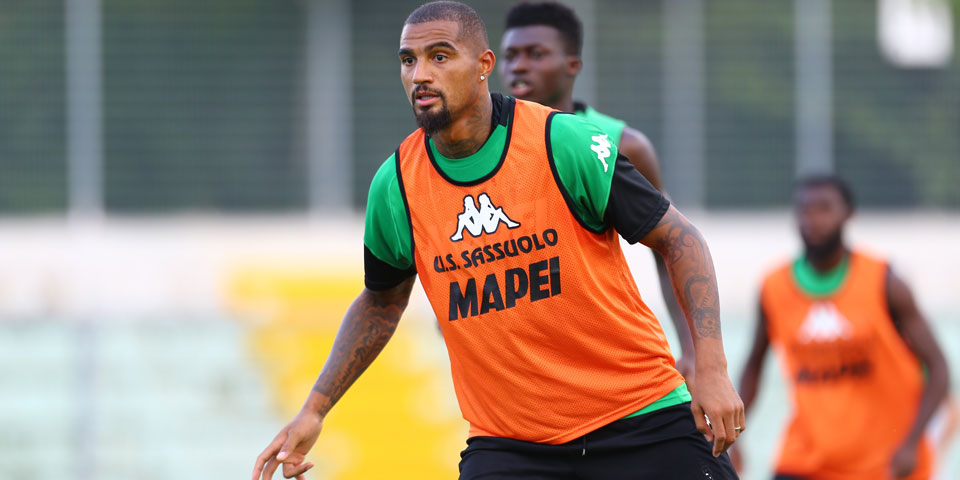 Boateng to Barcelona looks set to be the most surprising transfer of the January window so far.

The 31-year-old is closing in on a move to the Nou Camp from Serie A outfit Sassuolo as the La Liga giants aim to land a forward amid their battle for silverware.

Prior to the Boateng speculation, many expected Barcelona to fork out for either Chelsea flop Alvaro Morata or Middlesbrough reject Christian Stuani. Both men were previously under consideration.

The Catalan giants needed a new striker, having allowed Paco Alcacer to leave for Borussia Dortmund during the summer.

And Boateng fits the bill, having previously played in the Spanish top flight with Las Palmas.

The crazy career of Kevin-Prince Boateng:

They also wanted a player who has the stomach for the fight.

Boateng is a divine character but wears his heart on his sleeve, having always established himself at whatever club he is at.

Barcelona needed someone with the thirst to tackle Luis Suarez, who is their undisputed No 9 for now.

And Boateng is seen as somebody who could force Suarez to up his game.

Mundo Deportivo say Barcelona also wanted somebody with experience of playing for a top side.

And, though Boateng has spent the last couple of years drifting, he has experience of playing at the highest level.

The 31-year-old previously flourished for AC Milan in Italy.

And he has also played for German side Schalke.