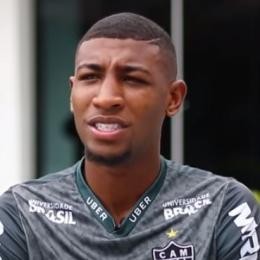 According to latest TMW rumours, Brazilian U23 international right-back Emerson Royal (21) has just been offered to AC Milan. Playing for Real Betis Sevilla, on a loan spell, since last summer, the 1999-born, offered to Inter Milan as well, as a settlement in Lautaro Martinez's bargain, is currently on a parent-club deal with Barcelona FC until June 2024, and, though being set to play for the Andalusians next season as well, might be brought back into Blaugrana capacities, according to the ongoing agreement. Tracked by Bayer Leverkusen and Benfica, the 1999-born's market worth is esteemed between 20 and 25 million euros.