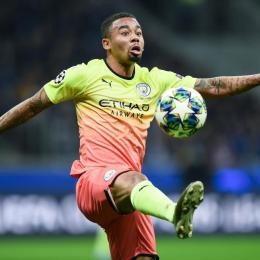 Though Pep Guardiola would like to keep him in, Brazilian international striker Gabriel Jesus (turning 23 on April 3rd) might be leaving Manchester City during next summer, out of the club being in need of a cash gain. To this end, according to latest TMW rumours, Juventus, while still tracking more hitmen around (including PSG one Mauro Icardi and Timo Werner from Leipzig), ahead of letting Gonzalo Higuain, are planning a move on the 1997-born scorer, betting his 70 million euros exit fee will decrease, on the account of an overall flow decrease. Former Palmeiras wonderkid is still on a deal with PL giants until June 2023.