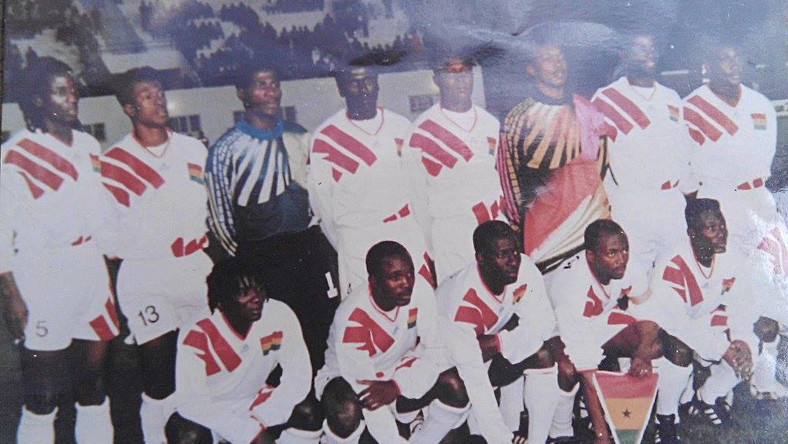 On 3rd April 1994, the Elephants of Ivory Coast knocked out the Black Stars of Ghana from the 1994 Africa Cup of Nations in the quarter-finals.

It was a back to back defeats the Black Stars suffered in the hands of their West African rivals- The Ivorians won 11-10 on penalties in 1992 against Ghana to claim their first continental title.

Ivory started the game well and they benefited from a penalty after their player was brought down in the 18-yard box.

Joel Tiehi stepped up for the kick, but his kick went over the crossbar for the goal kick.

Tiehi made amends when registered the opener from Abdoulaye Traore’s in the 30th minute.

Afterwards, Tony Yeboah failed to snatch the equalizer for Ghana, after beating two defenders, only to see his shot go wide.

Ghana continued to pile the pressure on Ivory Coast and they eventually secured the equalizer from CK Akunnor’s sumptuous freekick in 77th minute.

However, Ghana were caught off guard by Ivory Coast when Abdoulaye headed in a cross to give the Ivorians the all-important match-winner and subsequently qualified for the semi-finals of the 1994 Africa Cup of Nations (AFCON) staged in Tunisia.

Abedi Pele came close to throwing the game into extra time, but his freekick, which was the last kick of the game hit the side post to the relief of Ivory Coast.

Line-ups for Ghana and Ivory Coast