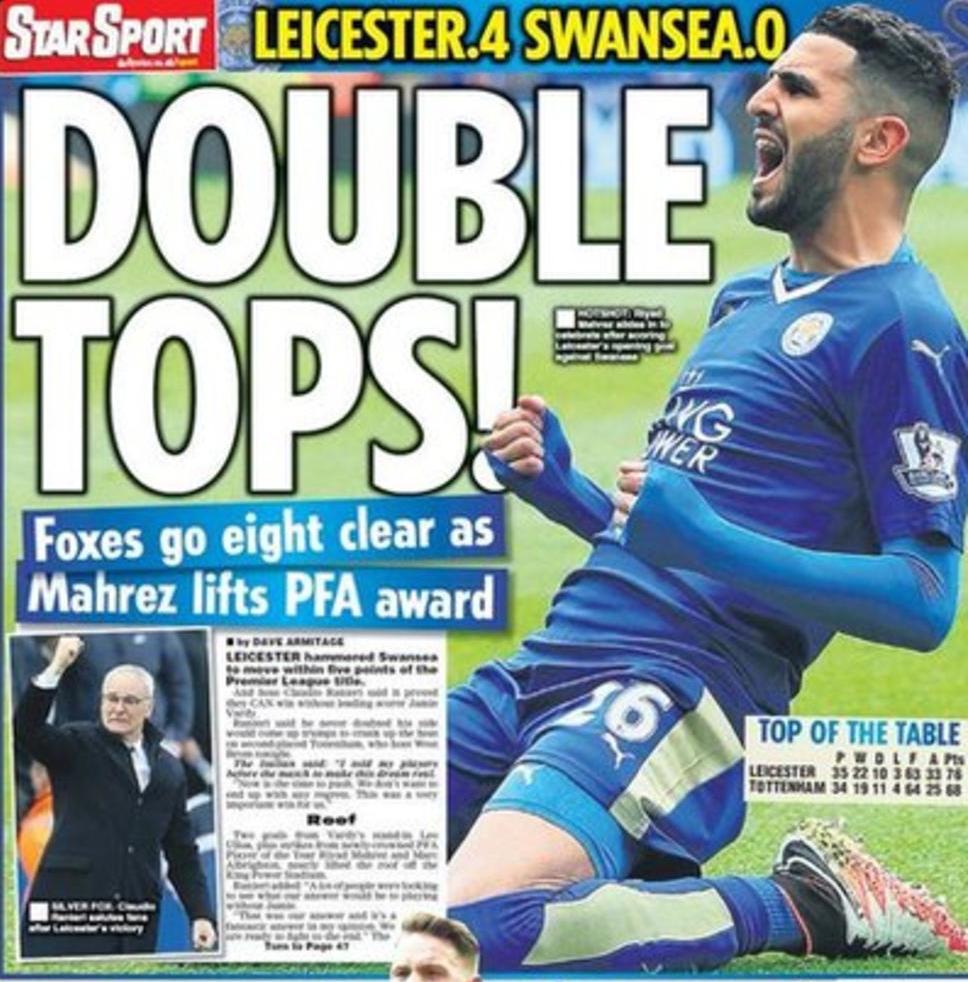 Jose Mourinho will be given £300m to spend on new signings when he becomes Manchester United's manager. (Daily Star)

AC Milan want to sign Liverpool striker Mario Balotelli on a permanent deal in the summer. The 25-year-old Italy international is on a season-long loan at the Serie A club. (La Gazzetta dello Sport, via Daily Mail)

Arsenal midfielder Jack Wilshere, 24, will be in England's Euro 2016 squad, even though his six-minute substitute appearance on Sunday against Sunderland was the first time he has played this season. (Sun)

Wales forward Gareth Bale, 26, denies rumours of a tense relationship with Real Madrid team-mate Cristiano Ronaldo, 31, and says he has "never had an argument" with the Portugal captain. (Times - subscription required)

Swansea boss Francesco Guidolin says his side can fight for a Champions League place next season. (South Wales Evening Post)

Manchester City striker Kelechi Iheanacho, 19, says it would be "a dream come true" if he featured in his side's Champions League semi-final against Real Madrid. (Talksport)

Interim Chelsea manager Guus Hiddink has insisted Belgium forward Eden Hazard, 25, is happy and will still be at Stamford Bridge next season. (Guardian)

Aston Villa defender Jores Okore, who caretaker boss Eric Black said was "refusing to play" for the club, has hit back on Twitter. Okore wrote: "I refuse to play? I was on the bench against Chelsea and the games before, why didn't I refuse to play those games? There must be more to it than Mr Eric Black is telling you."

Crystal Palace striker Dwight Gayle could not hide his delight after his side's FA Cup semi-final win over Watford set up a final against Manchester United.Gayle wrote on Twitter: "Buzzing to be in the final against United. Boys were unbelievable today #comeonyoupalace."

Eagles team-mate Yannick Bolasie, who scored in Palace's win at Wembley, also posted on Twitter. He wrote: "God is great. These kind of things you can only dream of but it's reality now. FA Cup final pending. Great support. Great win."

Spanish third-tier player Javi Gomez may well have scored the best goal this year - a 30-yard bicycle kick while playing for UD Socuellamos against CD Toledo on Sunday. (Guardian)

Leicester's players travelled to the PFA Awards in London on Sunday night via a private helicopter immediately after their 4-0 win over Swansea at the King Power Stadium. (Daily Mirror)