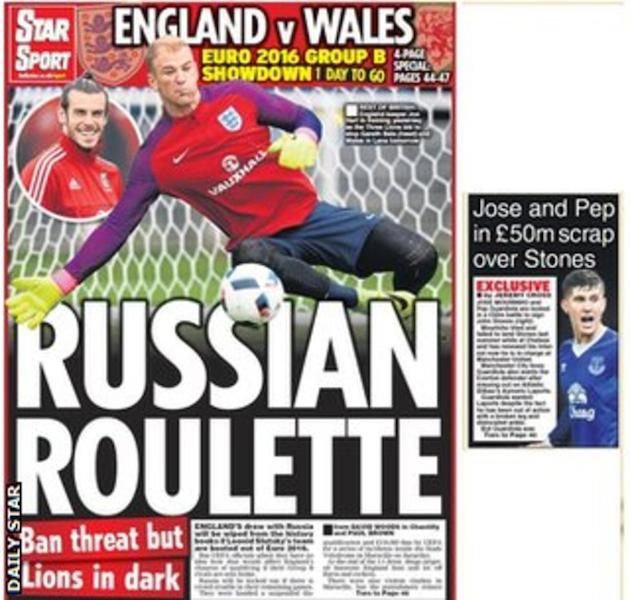 Wales' players will share bonuses worth £3m between them if they beat England in their Euro 2016 match on Thursday. (Telegraph)

Manchester United are close to completing the signing of 34-year-old Sweden striker Zlatan Ibrahimovic, with personal terms agreed and a medical to follow Euro 2016. (Sky Sports)

Stoke have opened talks with West Brom about a £5m move for striker Saido Berahino, 22. The Baggies are ready to sell the former England Under-21 international this summer as he can leave for nothing in 12 months' time. (Daily Mail)

French defender Aymeric Laporte decided to stay with Athletic Bilbao as they are "the best option at the moment". The 22-year-old was a target for Manchester City.(Athletic Bilbao website)

Arsenal goalkeeper Wojciech Szczesny, 26, who spent last season on loan at Roma following the signing of Petr Cech, says he will make a decision on his future after Euro 2016. (Daily Star)

Fulham have offered an improved contract to 19-year-old French forward Moussa Dembele, who has been linked with a move to Galatasaray.(GetWestLondon)

Diego Simeone has extended his stay as Atletico Madrid coach, signing a new contract with the beaten Champions League finalists.(AS - in Spanish)

Tottenham and England striker Harry Kane evidently enjoys some sharp shooting of a different kind during his down time, catching up with American crime thriller series The Blacklist while at Euro 2016.

Kane and his team-mates are preparing for the match against Wales in Lens - and captain Wayne Rooney tweeted: "Thanks to all our fans for your support so far, back home and everyone in France. Looking forward to Wales on Thursday."

Even Premier League players can get a touch star-struck, with Chelsea goalkeeper Asmir Begovic posting a picture on Instagram of him with former England captain David Beckham. He wrote: "Nothing like running into a legend like this!"

England striker Jamie Vardy has been wearing nicotine patches during England training sessions at Euro 2016 to stop his craving for cigarettes. (Daily Star)