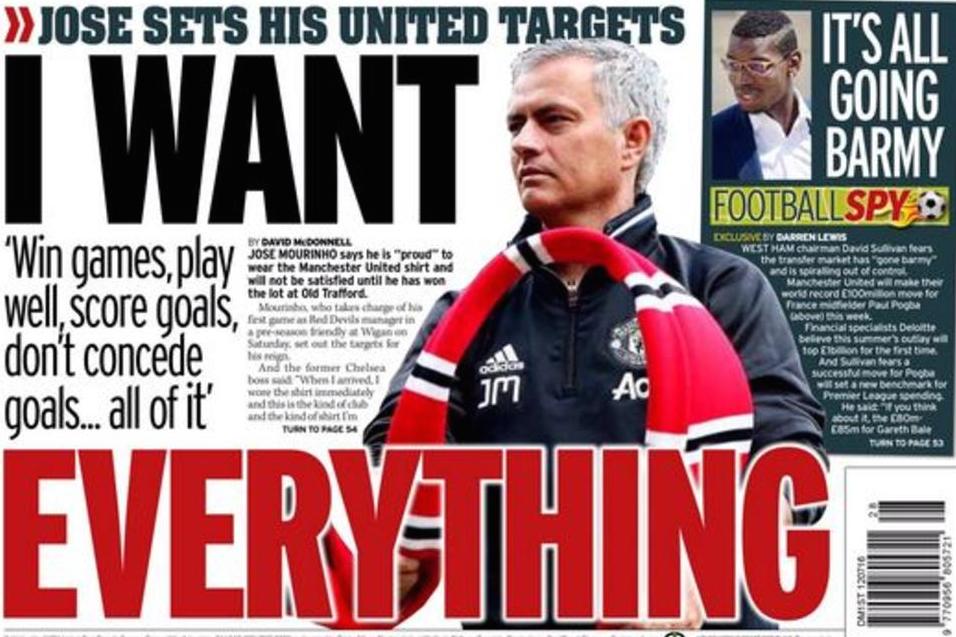 Hull City manager Steve Bruce will be spoken to by the Football Association as they step up their efforts to find the next England manager. (Daily Telegraph)

Sam Allardyce's chances of becoming the next England boss have been enhanced by the Sunderland manager's willingness to help the FA mentor a young assistant. (Guardian)

Graziano Pelle's move from Southampton to Chinese side Shandong Luneng has made the 30-year-old striker the sixth highest-paid player in the world on £260,000 a week. (Sun)

Villarreal will rival Everton for the signing of Mata. (Super Deporte - in Spanish)

Colombian forward Marlos Moreno, 19, will join City from Atletico Nacional on a five-year deal, but will spend next season on loan at Deportivo La Coruna.(Daily Mirror)

Lazio are willing to let Felipe Anderson leave at the right price, with Chelsea understood to be interested in the 23-year-old Brazilian midfielder. (Gazzetta World)

The Blues are keen to sign Barcelona midfielder Arda Turan, 29, who is also wanted by Arsenal. (Sport)

The Stamford Bridge club are also preparing a £34m bid for Sporting Lisbon midfielder Joao Mario, 23. (A Bola - in Portuguese)

And they are looking to open talks with Premier League champions Leicester for midfielder N'Golo Kante, 25, who has a £20m release clause.(Daily Telegraph)

Liverpool will not sign Bayern Munich midfielder Mario Gotze, leaving Tottenham and Borussia Dortmund to compete for the 24-year-old.(Liverpool Echo)

Everton have made an offer of £25.5m for Juventus defender Daniele Rugani, 21. (Calcio Mercato - in Italian)

The Toffees are keen to sign Napoli defender Kalidou Koulibaly, 25, with the Serie A side wanting more than £42m. (Liverpool Echo)

Crystal Palace target Christian Benteke, 25, is not on the brink of leaving Liverpool, according to the striker's agent. (Evening Standard)

Inter Milan want £43m for 23-year-old forward Mauro Icardi, who is a target for Tottenham. (AS - in Spanish)

The Euro 2016 celebrations continue for winners Portugal, with captain Cristiano Ronaldo sharing this photo of the squad with the trophy on the plane taking them home.

There were plenty of fans waiting to carry on the party.

Spain and Real Madrid defender Sergio Ramos described Stiliyan Petrov as a "true sportsman and a fighter" after the 37-year-old midfielder made his comeback during Aston Villa's pre-season tour of Austria, just over four years after being diagnosed with acute leukaemia.

England and Manchester United striker Marcus Rashford posted a picture on Twitter of a shirt signed by David Beckham. The message from the ex-United and England player reads: "To Marcus, good luck and continue working hard and playing with joy and passion. Love, David."

It appears Tottenham midfielder Eric Dier is not one for relaxing with a book during a beach holiday. He has posted a picture of him trying out a flyboard during a holiday before of the new season.

It might be a bit nippy but the Stoke players seem pretty happy as they enjoy a dip in an Austrian river during pre-season training.

West Ham posted a picture on Twitter of their seating design for the Olympic Stadium, where they will start playing their home games this season.