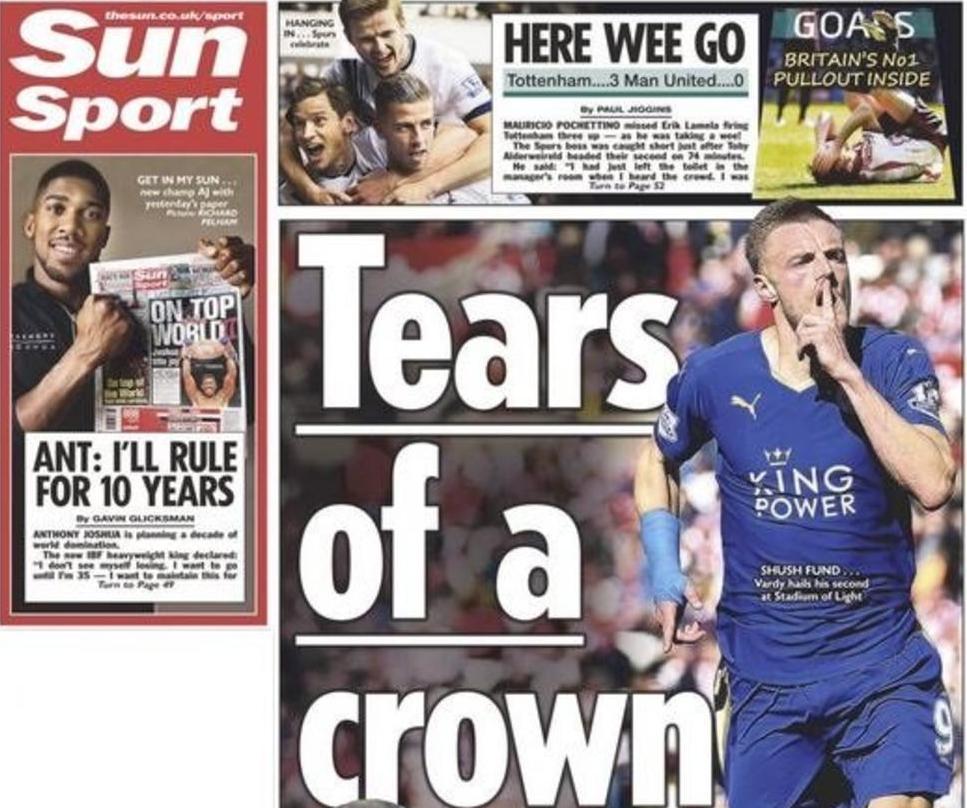 Everton have sounded out former Argentina and Chile boss Marcelo Bielsa to be their next manager. (Goal.com - in Portuguese)

Jose Mourinho says he will be back in management in the summer, but says he has not signed a deal with Manchester United. (Sky Sports)

Swansea are trying to bring back Brendan Rodgers as the club edge towards a takeover worth a potential £140m. (Telegraph)

Nigel Pearson and David Moyes are the leading contenders for the vacant Aston Villa job. (Telegraph)

But a player who could be on his way out of the Emirates is England winger Alex Oxlade-Chamberlain. Southampton defender Jose Fonte is trying to persuade the 22-year-old to rejoin the Saints. (Mirror)

Arsenal are interested on Marseille midfielder Mario Lemina. The 22-year-old Gabon international is currently on loan at Juventus. (Le 10 Sport - In French)

Diafra Sakho's West Ham future is in doubt after the 26-year-old Senegal striker ruled himself out of the draw with Arsenal with an injury and did not attend the game.(Daily Star)

French forward Samir Nasri, 28, believes he is the type of player Pep Guardiola will want at Manchester City and says the Spaniard is lucky to have him. (Guardian)

Neymar is in a tug of war between Barcelona and Brazil over his participation in this summer's Olympics and Copa Centenario. Barcelona want the 24-year-old forward to rest and play only one tournament. (ESPN)

Captain Vincent Kompany, 30, will be given a chance to prove his fitness before Manchester City's Champions League quarter-final second leg against Paris St-Germain on Tuesday. (Daily Mail)

Relegation from the Premier League for Newcastle and Sunderland would bring economic gloom to the North East, according to a business leader.(The Sun)

Robert Huth reacted on Twitter to Leicester guaranteeing themselves a place among Europe's elite next season...

Watford striker Troy Deeney watched Anthony Joshua win the IBF heavyweight title and then followed it up by getting a huge back tattoo of a Roman centurion.(Twitter)

A photo went viral on Twitter appearing to show the Leeds United team bus getting a pizza delivery after their defeat at Burnley.

"Oh what a day - great feeling to be back," tweeted Tottenham defender Jan Vertonghen as he marked his comeback from injury with a victory over Manchester United - while team-mates Erik Lamela and Kyle Walkerwere happy too.

Sheyi Ojo tweeted after his first start for Liverpool: "Crazy day.. proud to make my first start for @LFC & assist the big bro @DanielSturridge, still got a lot to learn."

Leicester City's remarkable season has been immortalised in whisky. A fan has had six bottles of Leicester City single malt made. (Leicester Mercury)

Manchester United midfielder Marouane Fellaini was embarrassed by a schoolboy's skill during a kickabout with the Belgian. (Manchester Evening News)

PSV right-back Santiago Arias broke a window in the tunnel after being sent off during his team's Dutch Eredivisie match against Willem II. (Goal.com)

A linesman became a viral video star with his energetic pre-match routine in the tunnel for Sunday's match between Tottenham and Manchester United. (Metro)