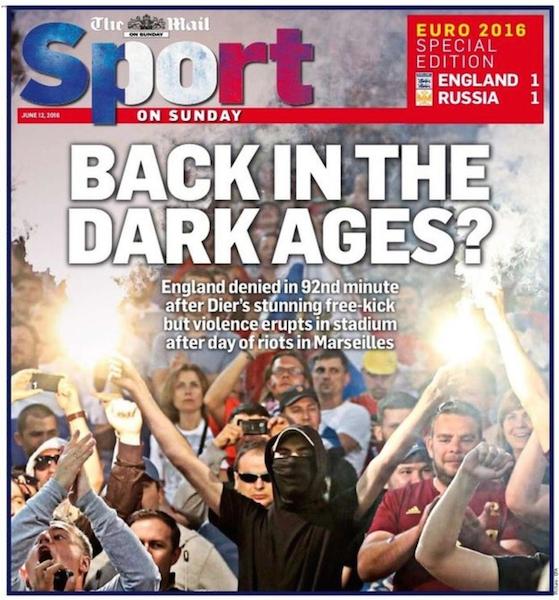 Zlatan Ibrahimovic's proposed move to Manchester United is being held up by the 34-year-old Sweden international striker's desire to play in August's Olympics. (Sunday Mirror)

Arsenal will focus on Edinson Cavani if Leicester and England striker Jamie Vardy, 29, turns down a move to Emirates Stadium. Fellow striker Cavani, 29, is set to leave Paris St-Germain but has rejected a lucrative offer to move to China. (Sunday Express)

Manchester United goalkeeper David De Gea, 25, has until Wednesday to decide whether to join Real Madrid for £47m before a special exit clause in his contract expires. (Sunday Times)

Manchester City have been told they must smash the British transfer record and pay £65m if they want to land 26-year-old Borussia Dortmund striker Pierre-Emerick Aubameyang.(Sunday Mirror)

N'Golo Kante, 25, is the latest Leicester player to be offered a £100,000-a-week contract by the Premier League champions. The France midfielder is wanted by Chelsea, Manchester United, Arsenal and Paris St-Germain.(Sunday Telegraph)

However, Everton's longest-serving players, defender Tony Hibbert and midfielder Leon Osman, both 35, are fuming with chairman Bill Kenwright after only finding out they would be released by the club when friends texted them.(Mail on Sunday)

Roma midfielder Miralem Pjanic, 26, who has been linked with a move to the Premier League, is to have a medical at Juventus after activating a clause in his contract.(Guardian)

Hull and Aston Villa will have competition from Celtic for Scotland international striker Steven Fletcher, 29, who has been released by Sunderland.(Daily Record)

Premier League newcomers Burnley have expressed an interest in West Bromwich Albion goalkeeper Boaz Myhill, 33, who is entering the last year of his contract at The Hawthorns.(Birmingham Mail)

Liverpool plan to use winger Jordon Ibe, 20, as a makeweight in a deal to land 24-year-old Southampton forward Sadio Mane in a deal worth £30m.(The Sun)

Tottenham team-mates past and present hailed Eric Dier's stunning free-kick for England, before Russia grabbed a last-gasp equaliser at Euro 2016.

Former England captain Alan Shearer questioned the wisdom of striker Harry Kane taking the corners for England and tweeted: "I have to say that if a manager asked me to take corners, my answer would be: 'Ask someone else to take them!'"

Another home nation fared rather better as Wales beat Slovakia, with their star man Gareth Bale issuing a jubilant tweet.

Wales midfielder Aaron Ramsey tweeted: "We've been waiting a while for this day and what an experience, Welsh fans were incredible."

Tottenham full-back Ben Davies, who made a crucial goalline clearance for Wales, looks ahead to the team's next match - which happens to be a crucial encounter against England on Thursday afternoon - as hetweeted: "On to the next one..."

Fulham midfielder Lasse Vigen Christensen, 21, has turned to yoga in an attempt to rid himself of a series of hamstring problems. (Fulham Chronicle)