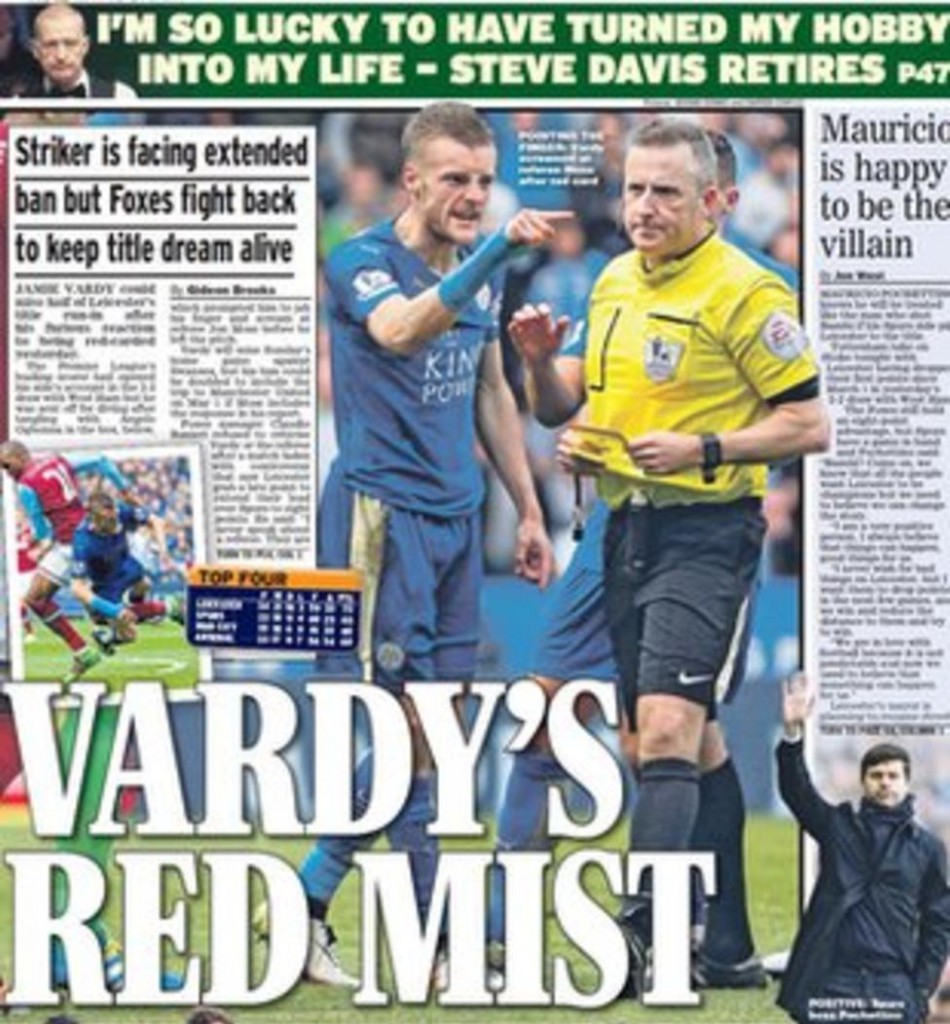 The former Chelsea boss has told friends he is confident of succeeding Van Gaal at Old Trafford this summer. (Telegraph)

Hull boss Steve Bruce is a leading candidate to be the next Aston Villa manager - as is former Leicester boss Nigel Pearson.(Independent)

Leicester City striker Jamie Vardy could be suspended for more than one match after being sent off against West Ham if referee Jon Moss reports the 29-year-old as being verbally abusive before leaving the pitch.(Guardian)

West Ham striker Andy Carroll, 27, could face a Football Association charge for questioning the integrity of a match official by suggesting Moss had attempted to "even things up" by awarding Leicester a stoppage-time penalty in Sunday's 2-2 draw.(Independent)

Italy striker Mario Balotelli, who is on loan at AC Milan, says he does not want to return to Liverpool at the end of the season.(ESPN)

Barcelona forward Neymar, 24, allegedly threw a water bottle at an opposition player in the tunnel after Sunday's 2-1 home defeat by Valencia.(Marca in Spanish)

Manchester City manager Manuel Pellegrini says the club's announcement he will be replaced by Pep Guardiola in the summer could have played a part in the poor form that has left their title hopes all but over.(Mirror)

Klopp, meanwhile, has denied he fell out with 20-year-old midfielder Jordon Ibe earlier this season. (Express)

Stoke manager Mark Hughes has hinted Tottenham are in front of the Potters in the race to sign West Brom striker Saido Berahino, 22.(Sun)

Arsenal manager Arsene Wenger has revived his interest in Leicester's 19-year-old left-back Ben Chilwell, who is yet to sign a new deal offered to him by the Foxes.(Mirror)

Leeds are lining up World Cup-winning former Italy captain Fabio Cannavaro, 42, as their next manager. (Mail)

However, Leeds owner Massimo Cellino insists he is not looking to appoint Cannavaro and has no intention of walking away from the club.(Telegraph)

But Stoke City striker Bojan Krkic had a message for Kane and his Spurs team-mates, who visit the Britannia Stadium on Monday: "We know Tottenham will come here really up for it tomorrow, but we'll be ready."

Arsenal midfielder Jack Wilshere posted an image on social media following his side's 1-1 draw with Crystal Palace with the words 'This is our club - today and forever' overlaid on the silhouette of three players. The only problem was - as people were quick to tell him - the image was actually a statue of Manchester United legends George Best, Sir Bobby Charlton and Denis Law. Wilshere promptly deleted the post. (Express)