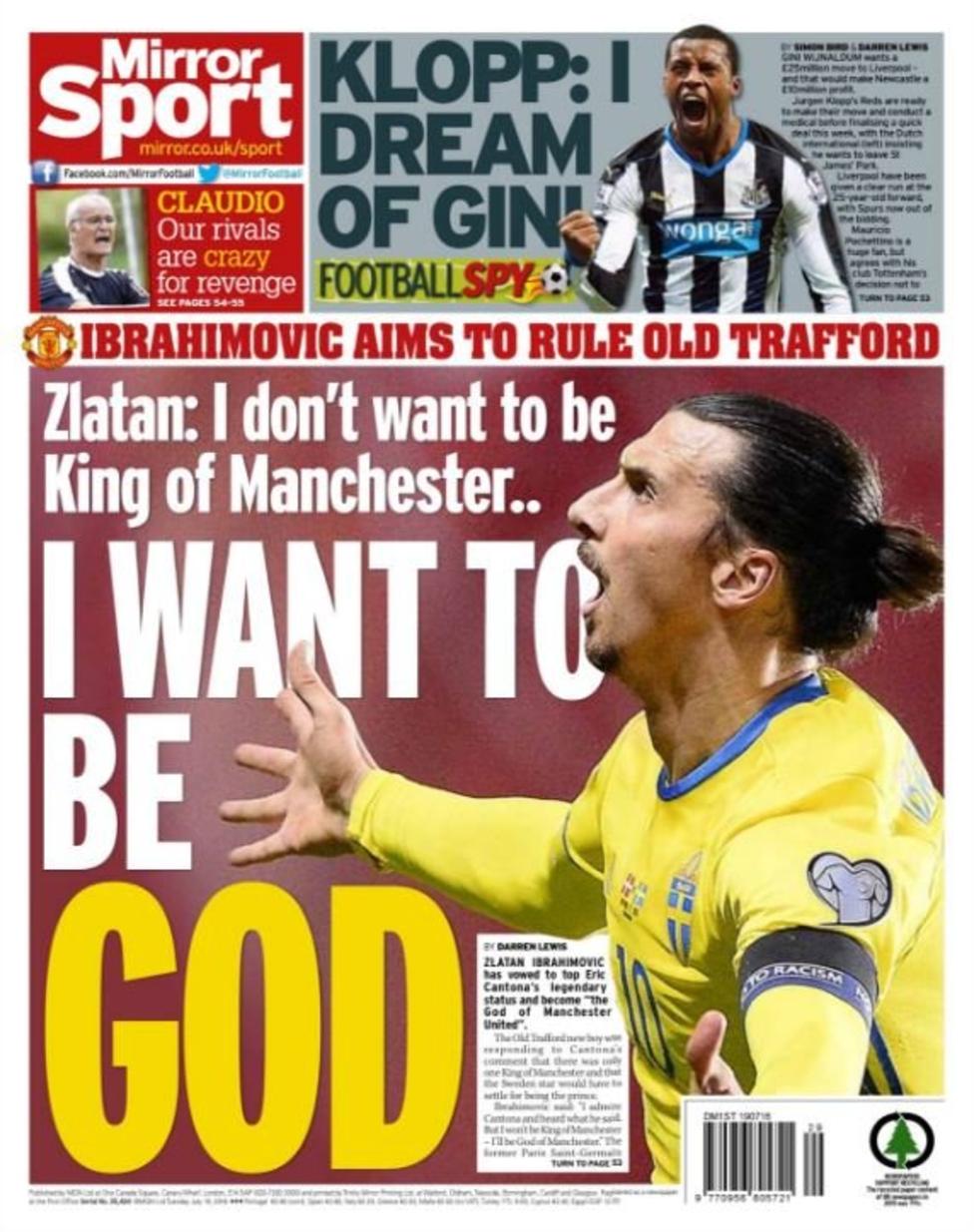 Manchester United have delayed announcing their squad numbers for the new season - until they have completed the £105m signing of Juventus' France midfielder Paul Pogba. (Sun)

West Ham chairman David Sullivan has said striker Diafra Sakho, 26, will not be leaving the Hammers unless the club can find a suitable replacement for the Senegal international. (Mirror)

Arsenal have had a £2m bid accepted for Bolton and England Under-21 defender Rob Holding, 20. (Daily Mail)

Hull boss Steve Bruce is the second man to be interviewed for the vacant England manager's position - but he is only expected to be offered the job if Allardyce cannot agree terms. (Daily Mail)

Diego Costa, 27, has not asked to leave Chelsea and the Spain striker is expected to stay at Stamford Bridge this summer. (Evening Standard)

Meanwhile, new Chelsea manager Antonio Conte has been in daily contact with Real Madrid forward Alvaro Morata, 23, assuring him of his role were he to join the Blues this summer. (Marca)

The Blues are also still keen on making Leicester City assistant manager Steve Walsh their director of football despite an initial request being rejected.(Liverpool Echo)

Juventus are close to beating AC Milan to the signing of 21-year-old Croatia winger Marko Pjaca, who has said goodbye to his current club Dinamo Zagreb. (Gazzetta World)

Former Manchester City striker Alvaro Negredo, 30, will not travel with Valencia to their pre-season camp in the Netherlands and will instead fly to England for a medical at Middlesbrough. (Gazette Live)

Manchester United's Netherlands winger Memphis Depay, 22, took extra care when packing for the club's pre-season trip to China and created this conveniently labelled graphic for his followers on social media - lots of grooming products for the youngster it seems.

Sunderland supporters' group Love Sunderland enlisted the help of 2010 X Factor contestant Wagner to deliver a 'please don't go' message to manager Sam Allardyce after he was interviewed for the England job.(Newcastle Chronicle)