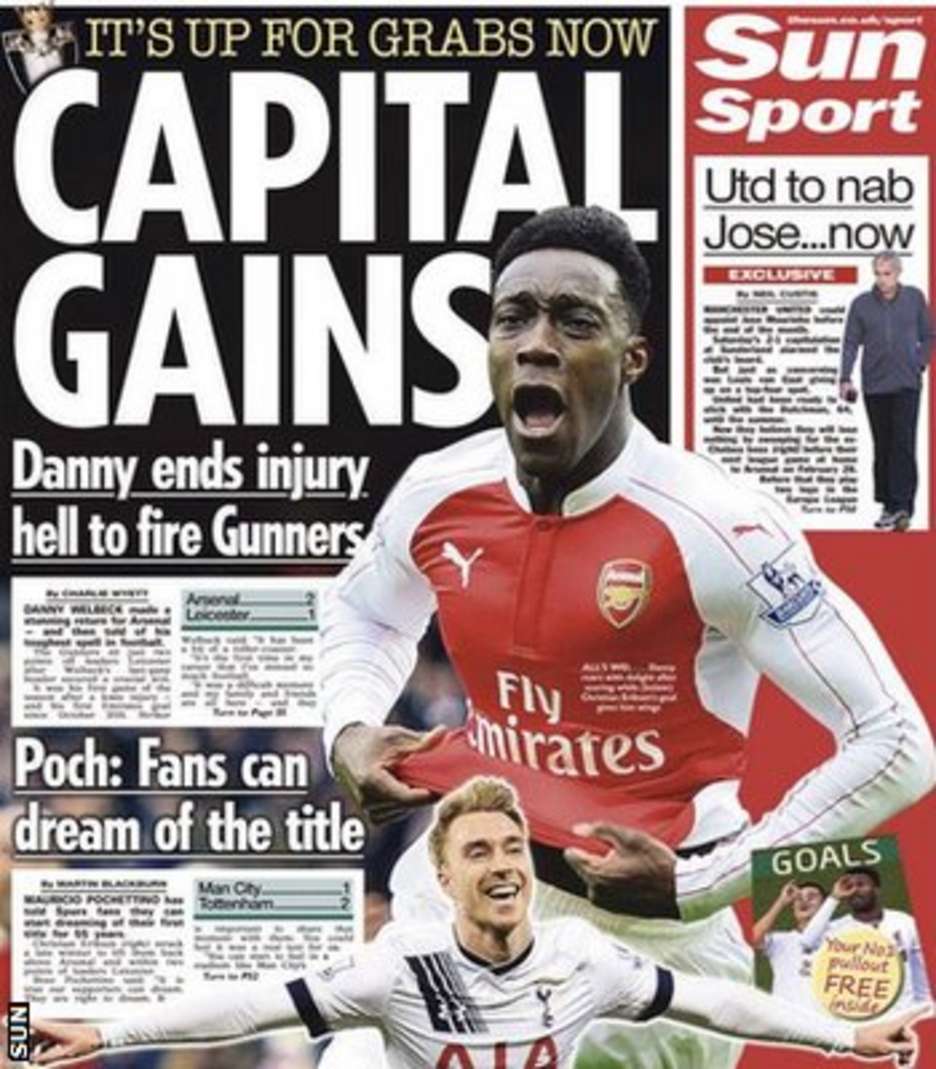 Manchester United could appoint Jose Mourinho as their new manager before their next league game at home to Arsenal on 28 February.(Sun)

Current manager Louis van Gaal has taken a short-term lease on a house over fears he might be sacked. (Sun)

Manchester City's chances of signing Juventus midfielder Paul Pogba, 22, have been boosted after financial restrictions forced Barcelona to pull out of an £85m deal to sign the France international. (Daily Mirror)

Pogba's agent Mino Raiola has denied claims that the player had his heart set on a move to the Nou Camp. (Daily Express)

David Moyes has warned his successor Van Gaal that failure to qualify for the Champions League will not be accepted by United. (Sky Sports)

Newcastle might sack head coach Steve McClaren because owner Mike Ashley does not want to risk being relegated. (Bleacher Report)

Manchester United forward Memphis Depay took his devotion to his girlfriend to another level and wore a jacket with a portrait of her on the back.(Instagram) ">https://www.instagram.com/p/BBxQTK-qPzF/?taken-by=memphisdepay">(Instagram)

Alexis Sanchez shared a picture from the victorious Arsenal dressing room after beating Leicester, calling his team-mates "my family."(Instagram) ">https://www.instagram.com/p/BBxPa2OC6bA/">(Instagram)

Joleon Lescott enraged Aston Villa fans by tweeting a picture of a Mercedes car after the 6-0 defeat to Liverpool. He later apologised and said the tweet was sent by accident... by his phone, in his pocket, while he was driving.

You can't help but feel sorry for this Aston Villa fan who tweeted to say he had travelled from Australia to see his side get thrashed on Sunday.