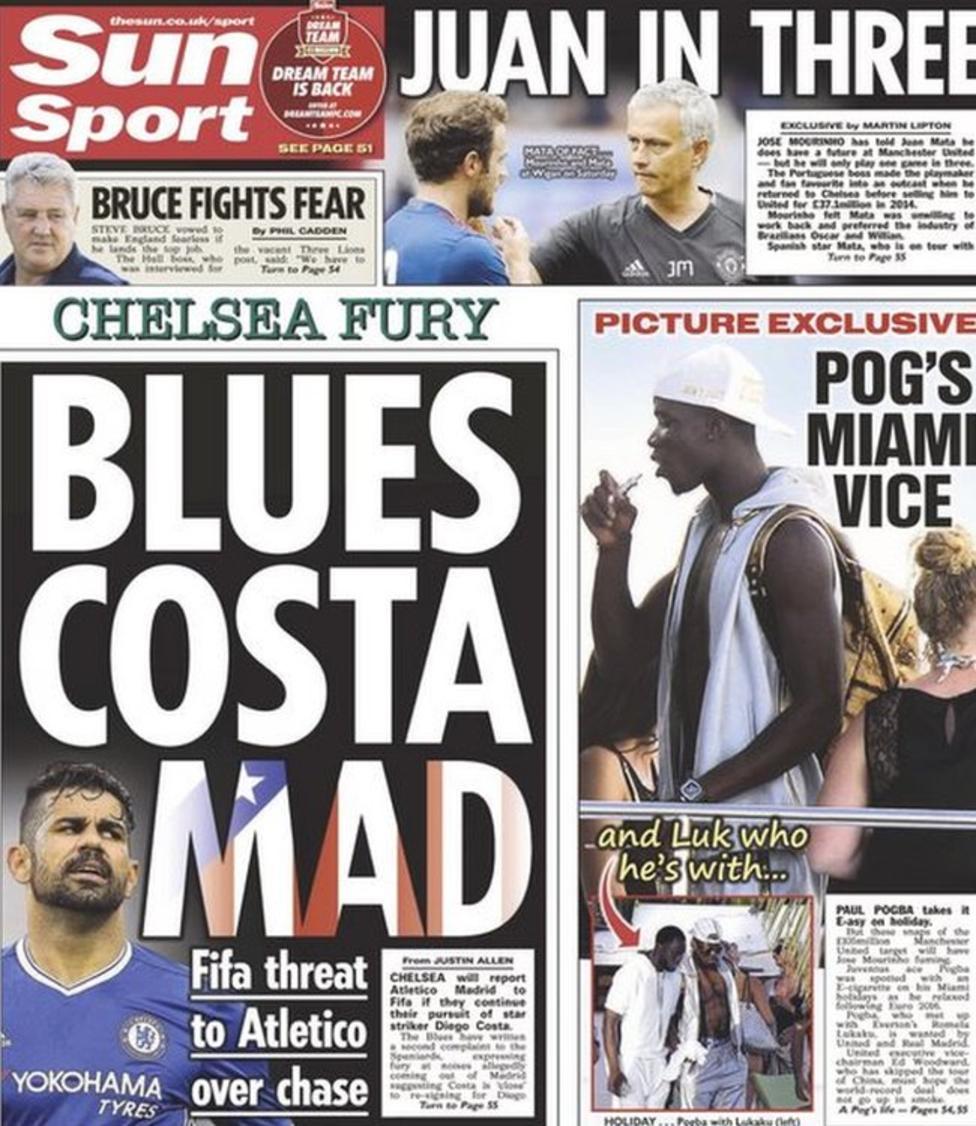 Manchester United are closing in on Juventus' France midfielder Paul Pogba, 23, and have submitted a bid of £86m. (Daily Mail)

Barcelona are willing to sell £20m-rated Turkey midfielder Arda Turan, 29, with Chelsea and Arsenal are both said to be interested in the Turkey international.(Sport, via Talksport)

Stoke boss Mark Hughes has confirmed the club have submitted bids for West Brom striker Saido Berahino, 22, but they are yet to hear back from their Premier League rivals.(Sky Sports)

The Potters are also keen on striker Jose Angulo, 21. He plays for Independiente del Valle in his native Ecuador.(Guardian)

Manchester City and Manchester United both want 17-year-old West Ham defender Reece Oxford, who is valued at £15m by his club.(Sky Sports)

Liverpool have had talks with Newcastle over the signing of 25-year-old Netherlands midfielder Georginio Wijnaldum, with the Magpies wanting £27m for the players. (Newcastle Chronicle)

Newcastle may be interested in signing Liverpool's Brazil midfielder Lucas Leiva, 29, as part of the deal taking Wijnaldum to Anfield. (Telegraph)

Fulham are hopeful of agreeing a loan deal for England Under-21 international Wilson. (Sun)

Turkish side Besiktas will target Chelsea's France striker Loic Remy, 29, if they fail to agree a deal with Fiorentina for Germany international Mario Gomez, 31. (Evening Standard)

Manchester United players posed for a few selfies before flying to China for their pre-season tour. Here's the pick of the bunch:

Serie A side Lazio sold just 11 season tickets for the next campaign on the first day of sales. Fans are unhappy with president Claudio Lotito after a poor 2015-16 and earlier this month Marcelo Bielsa quit as head coach after just two days. (Goal)