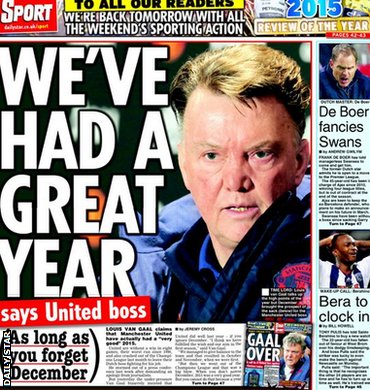 Manchester City have stepped up their interest in Schalke forward Leroy Sane but hope to pay less than the £32m the German club want for the 19-year-old. (Bild via Guardian)

However, Schalke have told the Premier League club they do not have enough money to buy the Germany international. (Daily Mail)

Manager Tony Pulis says West Brom do not want to sell striker Saido Berahino - and that the 22-year-old could start against Stoke on Saturday.(Guardian) 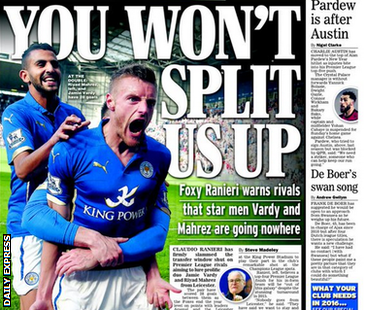 Everton boss Roberto Martinez is set to wait until mid-January to discuss forward Steven Naismith, 29, leaving for Norwich, as he wants to get a run of five games in 14 days out of the way first. (Times - subscription required)

LA Galaxy have offered former Chelsea left-back Ashley Cole, 35, a deal to join them - but the MLS club's backroom staff are concerned he would replace the popular Robbie Rogers. (Daily Mirror)

Middlesbrough are considering a bid for Scotland striker Ross McCormack, 29, who has scored 15 goals for Fulham this season.(Northern Echo)

Leicester boss Claudio Ranieri allowed his players to celebrate on New Year's Eve following a "fantastic 2015" but says they must quickly refocus for the home game against Bournemouth on Saturday. (Independent)

Norwich City midfielder Gary O'Neil still appears to be tickled by Nigel Pearson's outburst from back in April, when the then Leicester manager called a journalist an ostrich during a news conference.

Brazilian club Ibis Sport Club, who became known as the worst team in the world, have offered Jose Mourinho a route back into management. The offer was made on Brazil's equivalent of April Fool's Day, and the terms included a food hamper as the Portuguese's monthly salary, bonuses for every game he loses and the sack if he wins the title. (Daily Mirror)