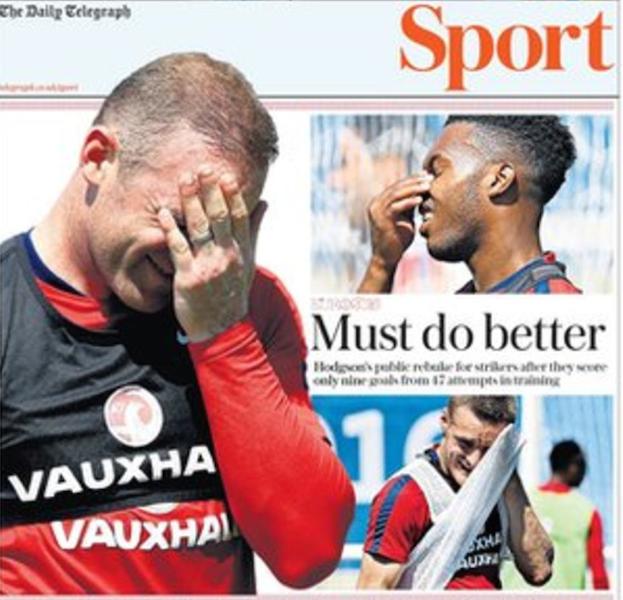 Borussia Dortmund say Manchester United target Henrikh Mkhitaryan, 27, is available for £30.6m. The Armenia forward has one year remaining on his contract. (Kicker - in German)

Liverpool have rejected an £8m bid from Swansea for midfielder Joe Allen, 26, who left the Liberty Stadium for Anfield four years ago. (Daily Mirror)

The Reds will step up their efforts to sign Southampton's Senegal forward Sadio Mane, 24, in a £30m deal next week. (Daily Telegraph)

Vardy annoyed the England hierarchy with the timing of the announcement of his new Leicester contract. (Daily Express)

Manchester City are the frontrunners to Dinamo Zagreb's 19-year-old midfielder Ante Coric, who is part of Croatia's Euro 2016 squad, for £6m. (Daily Mail)

France midfielder Samir Nasri, 28, will have talks with new Manchester City boss Pep Guardiola next week as he wants to stay at the club. (The Sun)

Watford have offered a new contract to Troy Deeney, 27, after Leicester had a £25m bid rejected for the striker. (Watford Observer)

Michy Batshuayi's future could be resolved this week, with West Ham and Juventus keen to sign the Belgium striker from Marseille. Tottenham are also considering whether to make an offer for the 22-year-old.(Guardian)

Sunderland are in negotiations with Russian side Rubin Kazan for the permanent signing of midfielder Yann M'Vila, 25, who spent last season on loan at the Black Cats. (Sunderland Echo)

West Ham remain in negotiations to sign Besiktas winger Gokhan Tore, 24, on a season-long loan with a view to making it a permanent deal next summer.(Sky Sports)

West Brom are not interested in signing Celtic defender Charlie Mulgrew, 30, who is out of contract next month. (Birmingham Mail)

New Rangers striker Niko Kranjcar, 31, says he will not be fazed by the fierce Old Firm rivalry, having had flares thrown at him by furious fans when he left Dinamo Zagreb for Hajduk Split. (Daily Record)

Oxford United want £3m for striker Kemar Roofe, 23, who has been linked with a move to Championship side Leeds.(Oxford Mail)

South African midfielder Steven Pienaar, released by Everton earlier this month, tweets: "Thanks to Everton Football Club for giving me the opportunity to play in the Premier League and most importantly the supporters. Thanks."

Newcastle and Republic of Ireland goalkeeper Rob Elliot posed this question on Twitter:

Germany midfielder Mario Gotze spent some of his day off playing beach volleyball, describing it on Twitter as "one of my favourite sports".

Jamie Carragher has been caught on camera. The former Liverpool defender was captured out on a run in the city by a motorist's dashboard camera. (Liverpool Echo)