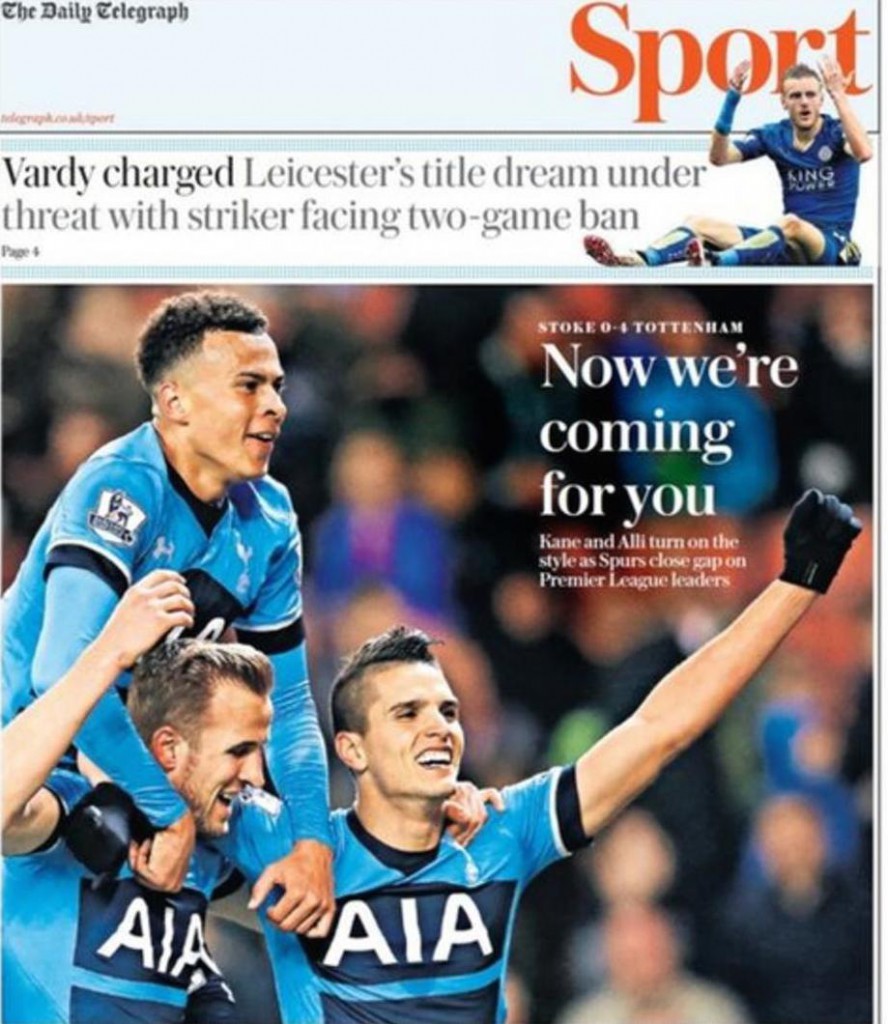 Real Madrid and Bayern Munich are interested in Tottenham striker Harry Kane, 22, and have asked to be kept informed of his plans. (London Evening Standard)

Liverpool are the target of a £700m takeover move by an anonymous member of the Abu Dhabi royal family. (Star)

Tottenham have dropped their interest in 19-year-old Fulham striker Moussa Dembele, who was invited by Chelsea to watch their home game against Manchester City at the weekend. (Mail)

The Gunners have postponed contract talks with Sanchez and midfielder Mesut Ozil, 27, until the end of the season. Both players need convincing the team will be able to compete for honours. (Times)

Arsenal's players and staff are "baffled" by some of manager Arsene Wenger's decisions, including giving the squad the day off after their draw with Crystal Palace on Sunday with just a four-day turnaround before they play West Brom. (Telegraph)

Leicester City's N'Golo Kante, 25, could be an option for Serie A champions Juventus after midfielder Claudio Marchisio injured a knee.(Gazzetta dello Sport)

Liverpool and Arsenal have an "80% chance" of signing Borussia Monchengladbach midfielder Granit Xhaka, 23. (Bild - in German)

Manchester United have told Michael Carrick, 34, they want to give him a new deal, but the midfielder will have to wait until the position of the club's manager is clarified. (Sun)

Spain midfielder Juan Mata, 27, also faces an uncertain future at United - whoever the manager will be next season. (Manchester Evening News)

Leeds United manager Steve Evans says he continues to have the support of club owner Massimo Cellino, despite the Italian appearing to suggest otherwise in a recent interview.(Yorkshire Evening Post)

Swansea could turn to Paul Clement, the former Derby County manager and Real Madrid assistant, in their search for a new boss.(South Wales Evening Post)

Arsenal will not host the Emirates Cup this summer, a tournament the hosts have won four times since its introduction in 2007, due to Euro 2016.(Arsenal.com)

Former England international David Beckham says the FA Cup semi-finals should not be played at Wembley as the stadium should be saved for the competition's showpiece.(Sky Sports)

Referee Jon Moss had drinks thrown at him by Leicester fans as he left the King Power Stadium pitch after the Foxes' 2-2 draw with West Ham at the weekend. (Times)

Manchester United appeared to have offered all fans free coach travel to Wembley on Saturday - but it soon emerged only a fraction of those would get a spot. (Irish Independent)

Manchester United fans have been getting excited on social media sites following a cryptic tweet from the brother of Atletico Madrid forward Antoine Griezmann.

Former Leicester and England striker Gary Lineker was not impressed by the Football Association's decision to charge Foxes striker Jamie Vardy with improper conduct. The Match of the Day presenter shared his thoughts on his Twitter account.

FA officials will be allowed to take their partners to Euro 2016 while the players will only be allowed to see their loved ones briefly after games. (Mail)

A match was abandoned in the Gloucestershire Northern Senior League Division One on Saturday after five players were sent off from one team.(Gloucestershire Echo)