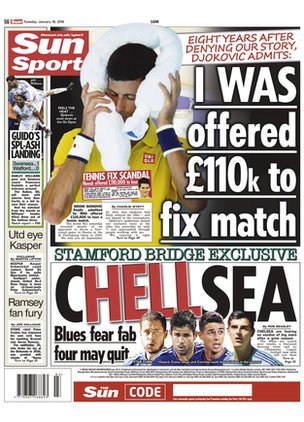 The agent of Wilfried Bony, 27, says the Manchester City striker will not be leaving the club in the January transfer window. (Daily Star) 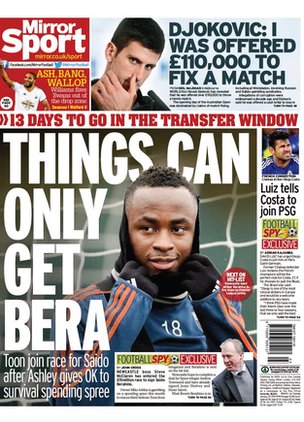 The Swans and Bournemouth are both looking to bring in 22-year-old former Manchester United midfielder Ravel Morrison on loan from Italian side Lazio. (Sun)

West Ham have beaten Everton to the signing of Leeds full-back Sam Byram, 22, after both clubs had a £3.7m bid accepted last week. (Guardian)

The Hammers are also looking to sign Galatasaray striker Burak Yilmaz, 30, and are ready to make a £6m bid for the player.(Radyospor, via Sun)

Newcastle United owner Mike Ashley has given the board permission to break the club's transfer record this month. (Chronicle)

The Magpies have been told they must meet the £14m asking price for Tottenham's 24-year-old England winger Andros Townsend after having a £10m bid rejected last week.(Guardian)

Serie A side Napoli are interested in signing Newcastle midfielder Moussa Sissoko, 26, who is valued at £25m. (Independent)

Sunderland goalkeeper Costel Pantilimon, 28, is attracting interest from La Liga side Espanyol after losing his place in the first team.(Chronicle)

Leicester City owner Vichai Srivaddhanaprabha is to receive an honorary degree for his contributions to business, sport and social causes. (Leicester Mercury) 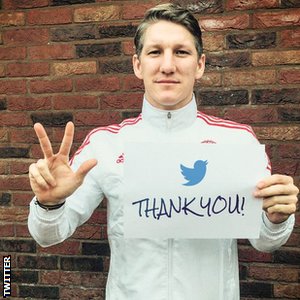 Manchester United midfielder Bastian Schweinsteiger tweeted a thank you message  after reaching the milestone of three million followers on Twitter.