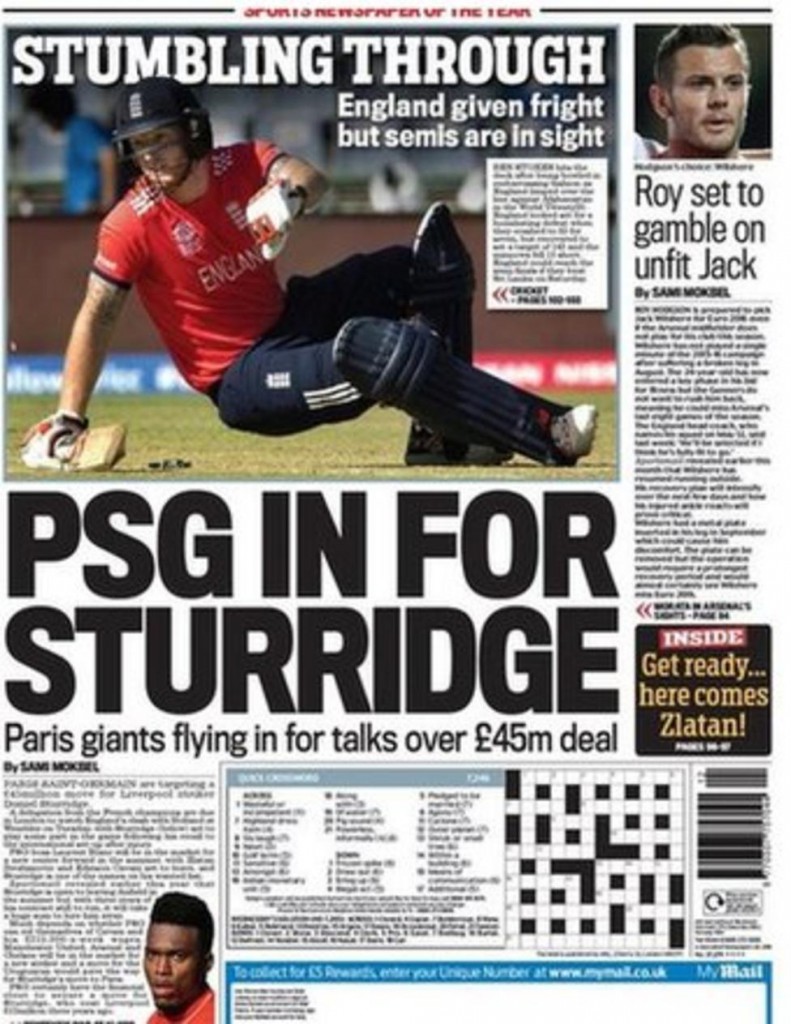 Liverpool and Arsenal are set to compete for the £31m signing of Bayern Munich's Germany midfielder Mario Gotze, 23, in the summer. (Daily Star)

Former Manchester United and Everton manager David Moyes, 52, is still interested in taking over at Aston Villa this summer, despite the Birmingham club facing relegation to the Championship. (Daily Mirror)

Uefa is considering a major revamp of the Champions League, with the group stage potentially cut to 16 teams. (Guardian)

Manchester United's promotional video for their summer tour to China does not feature manager Louis van Gaal, sparking more speculation the Dutchman will leave the club at the end of the season. (Manchester Evening News)

Arsene Wenger is determined to stay on as Arsenal manager - and has targeted Southampton midfielder Victor Wanyama, 24, and Real Madrid midfielderToni Kroos, 26, as he plans to rebuild his squad. (Daily Mirror)

The agent of 29-year-old Paris St-Germain striker Edinson Cavani says the Uruguayan is interested in working with Antonio Conte, who is expected to be the new manager at Chelsea. (Tuttosport via Metro)

Baggies keeper Ben Foster, 32, told England manager Roy Hodgson that he was not ready for a international recall this month, instead preferring to use the break to continue his recovery from a 10-month lay-off.(Express and Star)

Chelsea will demand more than £10m for Nathan Ake this summer if the club's next permanent manager decides the left-back can leave, and the 21-year-old Dutchman is attracting the attention of Liverpool and West Ham.(Daily Telegraph)

Newcastle manager Rafael Benitez is set to inspect the club's academy with a view to making changes from top to bottom. (Newcastle Chronicle)

Crystal Palace manager Alan Pardew's job is not under threat despite the Eagles's 13-game run without a Premier League win. (Croydon Advertiser)

Southampton are desperate to hold on to manager Ronald Koeman, who hopes to manage a major club in the near future. (Bleacher Report)

Meanwhile, his Gunners team-mate Alexis Sanchez has shown his appreciation after a Chilean musician wrote a song about his achievements. (Squawka)