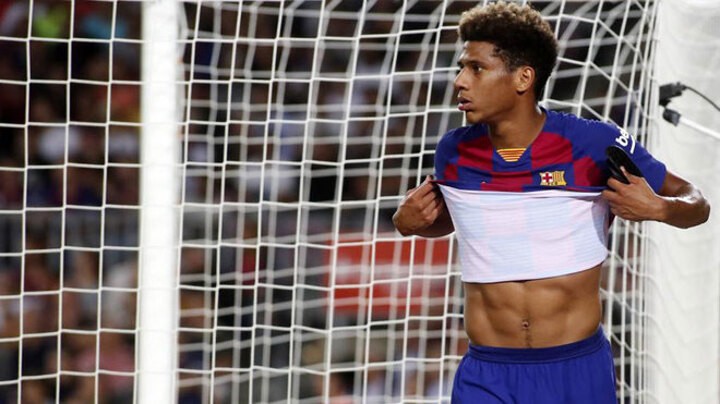 Bruno Satin, the former agent of Barcelona defender Jean-Clair Todibo, revealed why the young Frenchman has not quite made the impact many expected.

Since joining the Blaugrana in 2019, Todibo has been unable to cement a place in the first team squad and has been sent out on loan twice, currently at Benfica, and Satin mentioned that the defender struggled to take advice from the club.

"We are happy with the work we did to bring him to Barcelona, but now I no longer take care of his interests," he told Calciotoday.

"He has a difficult character, he never listened to the advice that [Eric] Abidal, the sporting director of the Catalans, gave him.

"The club believed in him, but Todibo already believed that he was a superstar. That is why his adventure in LaLiga did not go well. He has great qualities, but what he lacks is humility."

Satin stated that Todibo likes the idea of playing in Serie A, but believes a smaller club would assist his development more than a top side amid interest from Lazio.

"A quiet club would be ideal for him," he said. "Maybe a little smaller than Lazio, which is a club that is too ambitious, with too much pressure. I don't think it would be the best for his career.

"He needs to become a starter again, but at a club in which he can make some mistakes that lead him to improve. Even the biggest [players] have had to do the same. Being on the bench doesn't do him any good."

Satin insists that Todibo can only improve if he himself wants to.

"It depends on him. He has great physical and athletic abilities, he has everything [needed] to succeed," he stated. "But it is his head that needs to improve. He has to find the right concentration.

"There are players who are less talented than him but they have managed to emerge. He must want to learn a lot more and not feel like a phenomenon.

"To date he still hasn't understood how it works and the people close to him don't help him. I feel sorry about that."