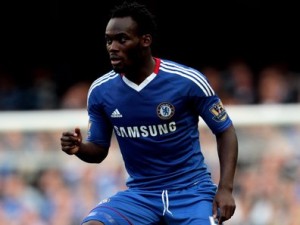 Essien, serving a domestic ban, has been ruled out due to an inflammation on his toe and will be placed by youngster Josh McEachran.

The midfielder opened the scoring for Chelsea during the first leg 1-4 win in Slovakia.

His absence has cost Chelsea heavily having suffered two straight defeats in the Premier League.

Essien has made a huge impact in manager Carlo Ancelotti's team this term after recovering from a knee injury picked up last season.