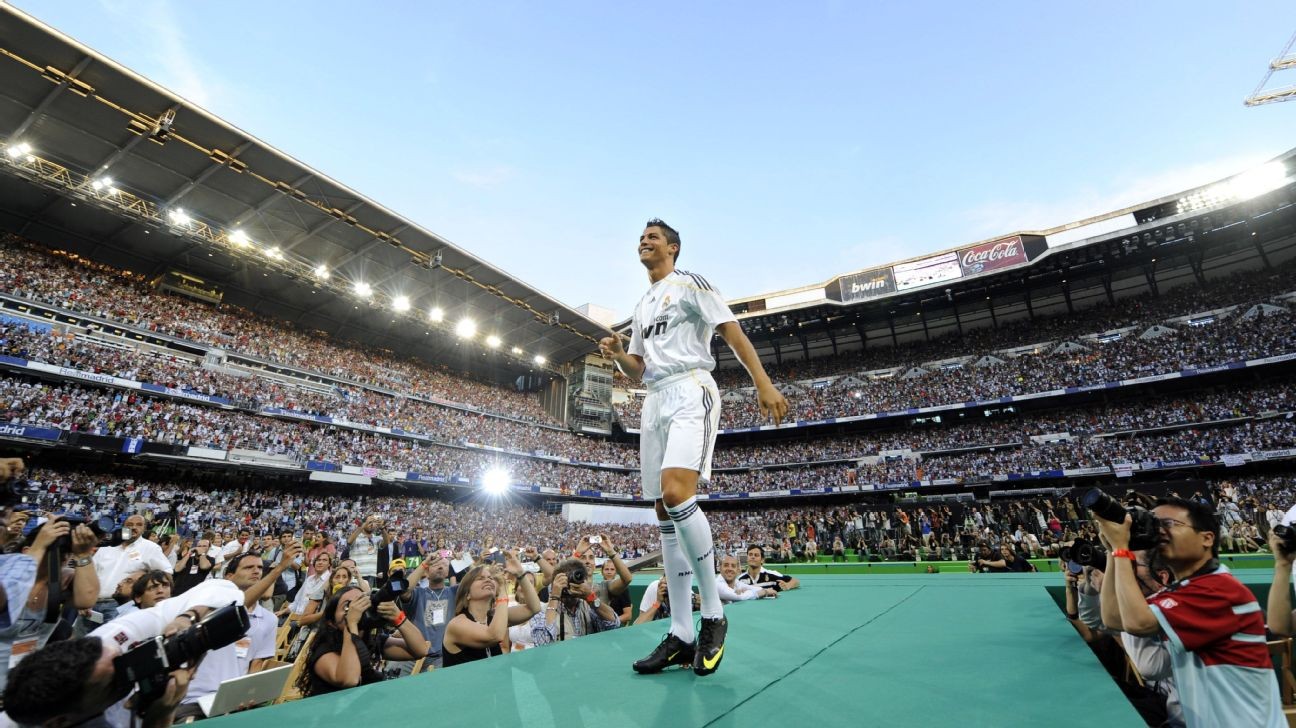 Gab Marcotti dissects the rivalry between Cristiano Ronaldo and Lionel Messi fans and finds it "odd" how supporters of one generally dislike the other.

The FC crew discuss Cristiano Ronaldo's impactful return for Portugal after he netted three goals to send them to the UEFA Nations League final.

Kate Markgraf reacts to Italy's stunning win over Australia and explains why it's still too early to tell if Brazil are contenders at the Women's World Cup.

ESPN FC's Alejandro Moreno and Shaka Hislop explain how Portugal won the tactical battle in the Nations League final over the Netherlands.

Jump to: Salah lands more silverware out at sea

Today marks the 10th anniversary of the day that Manchester United accepted an £80 million offer from Real Madrid to sign Cristiano Ronaldo.

He was unveiled at the Bernabeu a month later, and since then Ronaldo has scored 478 goals (in 481 games), becoming Real Madrid's all-time top goal scorer and winning two La Liga titles, two Copa del Reys and four Champions Leagues. He's also claimed the Serie A title in his maiden season with Juventus and both the European Championship and UEFA Nations League with Portugal.

Since scoring his first and only hat trick for Manchester United against Newcastle in January 2008, Ronaldo has walloped in a further 52 trebles for club and country -- 44 for Real, one for Juve and seven for Portugal. Astounding work.

- When does the transfer window close?
- When is the Champions League group-stage draw?

But the last decade has not all been about Ronaldo (though he might beg to differ). In reference to his iconic shirt number of choice, here are seven ways in which football has changed since that fateful day in 2009.

With a frantic season done and dusted, Mohamed Salah is currently out in the middle of the ocean, unwinding and taking a little time to gather himself far, far from almost everything.

The Liverpool forward has shared a succession of holiday snaps on Instagram over the past few days, showing himself bobbing around in crystal blue waters.

Indeed, after winning the Champions League just 10 days ago, Salah wasted little time getting his hands on another impressive catch.

All smiles, totally unruffled and not a hair out of place -- it would appear that Salah was cut out for a life at sea, catching marine monsters of the absolutely gigantic variety.