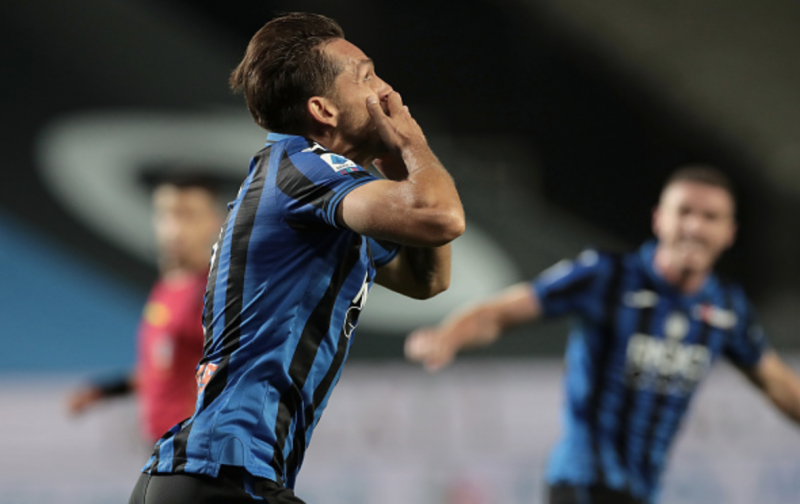 Atalanta made it nine straight wins in Serie A as they limped to a lacklustre 2-0 win over Sampdoria at the Stadio Gewiss on Wednesday evening in what was a drab affair.

With clear cut attacking opportunities proving difficult to come by for both teams Rafael Toloi’s header 15 minutes from time and Luis Muriel’s late strike proved to be enough for the hosts to take all three points.

Gian Piero Gasperini’s team now face a tough trip to Juventus on Saturday evening where a win could put them firmly in the race for the Scudetto. Despite La Dea coming into the game on the back of eight straight wins it was Sampdoria who started the contest on the front foot with Nicola Murru firing a shot just wide of the target inside the opening two minutes.

That early show of dominance proved to be fleeting for the visitors as Gasperini’s men took control of possession and looked to dictate the pace of the game, although they showed little in the way of creativity as the first half threatened to descended into a game of keep ball.

However, against the run of play it would be the Blucerchiati who would threaten to open the scoring, Manolo Gabbiadini’s long range strike forcing Pierluigi Gollini into action on the half hour mark.

Gabbiadini would again force Gollini to work just moments later and Karol Linetty also came close for the visitors as they began to wrestle control of the contest away from La Dea, much to Gasperini’s bemusement on the side line. With the first half drawing to a close the hosts finally showed some signs of life in attack with both Duvan Zapata and Hans Hateboer ensuring Emil Audero was alert in the Sampdoria net. He proved equal to the task on both occasions and ensured the teams went into the break deadlocked after a drab opening stanza.

The second half started in much the same vein as large parts of the opening 45 minutes with Atalanta controlling the ball, but showing little in the way of attacking intent, and Sampdoria happy to counter when the opportunity presented itself.

It would take nearly a quarter of an hour before either side created a real opportunity on goal when Jakub Jankto forced Gollini to make an acrobatic save, although the offside flag was raised at the time.

As the contest threatened to flicker out without any breakthrough Atalanta finally managed to find an opening in the Blucerchiati’s defence,  Toloi rising highest to nod Muriel’s corner past Audero to give the hosts the lead with only a quarter of an hour to go.

Muriel himself would put the final touch on the contest just before full time when his thunderous strike from outside the box hit the bottom corner of Audero’s net before the keeper could react.