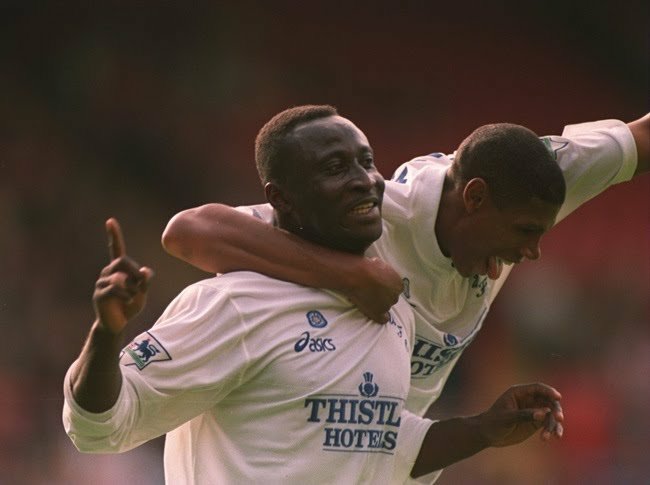 Ex-Leeds United and Ghana attacker Tony Yeboah has chosen his sumptuous finish against Liverpool as his favourite amongst others.

The Leeds cult hero scored two goals that will forever headline Premier League highlight clips over a matter of weeks in the 1995/1996 season.

On 21 August 1995 Yeboah rendered David James redundant when he walloped a first time volley into the back of the Liverpool net in a premiership fixture.

Yeboah however says his netbuster against the Merseysiders is the best since he scored against a side he has been supporting since infancy.

"Any time I am in England, I am asked about my goals and I always choose the goal against Liverpool because I am a Liverpool fan so it was special to score against them."

"And it was a long time that Leeds had not beaten Liverpool. I met Ian Rush, Barnes, players I had liked them from a distance and said; this one I have to show something."

The prolific forward bagged 29 goals in 56 appearances for the Elland road outfit during his stint in the English top-flight.