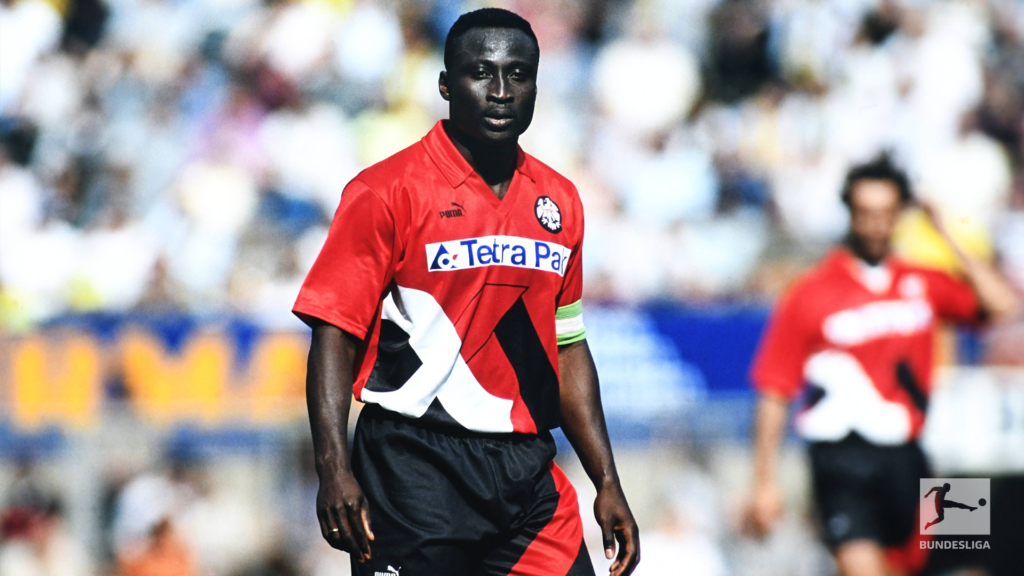 Former Franfurt striker Anthony Yeboah holds the record of being the Ghanaian player with the most appearances in the German Bundesliga.

The ex-Ghana international made 223 appearances in the German top-flight with Eintracht Frankfurt and Hamburg SV. He played 123 times for the Eagles before making a century of caps for Hamburg.

Yeboah is followed closely by ex-Ghana defender Hans Adu-Sarpei, who made 190 appearances in the Bundesliga.

Hans Sarpei featured for several clubs in Germany, but he is famously remembered in the colours of Vfl Wolfsburg, where he spent six years between 2001 to 2007.

Arguably, the most famous Ghanaian in the Bundesliga, Samuel Osei Kuffuor comes third in the list of players with most caps.

The Bayern Munich legend made 175 appearances for the club winning multiple Bundesliga titles.

Nomadic forward Kevin Prince Boateng, who could return to the league to finish his career, has made 129 appearances playing for Hertha Berlin, Dortmund, Schalke and Frankfurt.

Ghana coach Charles Kwablan Akonnor is the player with the fifth most appearances, after making 121 caps for VFL Wolfsburg.

Top 5️⃣ Ghanaians with the most Bundesliga appearances 🇬🇭