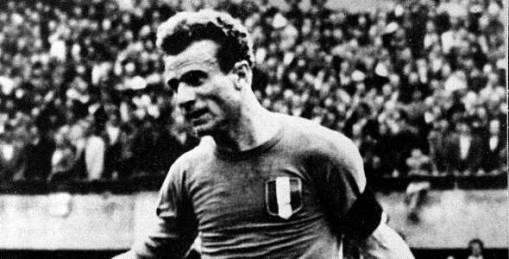 Throughout the history of Italian football, there have been many great players and great teams. Naturally great teams also have great leaders.

Forzaitalianfootball.com has compiled a list of the best 10 captains to have spearheaded teams in Serie A. These captains were known to be great leaders of their teams and some of them were captains of some of the greatest teams to have played on the Italian peninsula.

Success is a major factor in considering the captains for this list but some of these captains had great longevity as well and there are others who were known for their loyalty to their clubs.

Here are 10 of the best captains of all-time to have led Italian clubs:

Father of Inter and Italy legend Sandro, Valentino Mazzola was the captain of “Il Grande Torino” in the 1940s.

Mazzola was considered to be the complete footballer. The great sports journalist Gianni Brera wrote:

“He could take off like a sprinter, ran like a middle-distance runner and shot with either foot like a striker. He could leap like an acrobat, won the ball back for the defence and then set up attacks which he often finished off himself. He was both a playmaker and a match-winner.”

He was of such great importance to Il Grande Torino, his Granata teammate Mario Rigamonti once said, “Valentino alone is half the squad and the other half is made up of the rest of us together.”