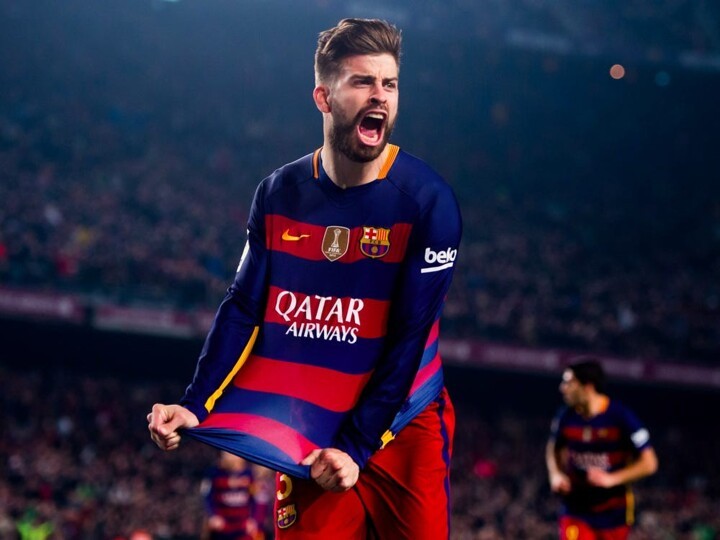 Most of football players in the world are evaluated based on physical health, speed, skills,… However, some famous football players have the highest IQ score and ranked top 5% the most intelligent people in the world, according to Stockholm University, Sweden. Let’s discover who they are.

According to La Vanguardia magazine, the centre back of Barcelona has an IQ score of 170, much higher than IQ of the rest of the world. Pique was considered to have an IQ level of 140 in the past. However, in the interview of La Vanguardia, his father, Joan Pique, stated that his son had just done the IQ test again and his newest IQ score is 170.

With that IQ score, Pique has overcome Frank Lampard and become the most intelligent football player in the world and also higher than Albert Einstein (160). Because of the highest IQ score, the Catalan centre back is ranked in top 0,001% super brilliant people in the world.

The legend Frank Lampard of Stamford Bridge & former Blues manager is known as one of the smartest football players in football area with an IQ score of 150. With this IQ score, he is in top 0.5% people who are the most intelligent in the world.

We all know Albert Einstein’s IQ score is 160. If Lampard did not have passion with the round ball, maybe he would become an outstanding scientist in the world.

Balotelli is also one of the football players who has the highest IQ score in the world. Super Mario (his nickname) used to be evaluated as one of the most talent football players in the world. However, the Italian striker also like doing “bad things” and different from others. Like joking with his teammate, even protesting the head coach are the reasons why Balotelli does not have much support from fan.

Nevertheless, people don’t know behind that characteristics, Balotelli is one of the most brilliant people in the world, with an IQ score of 147.

Juan Mata is an extremely intelligent and excellent player. He studied journalism at the Polytechnic of Madrid.

Currently, he is one of the few players who hold two full-time university degrees. He was loved by his colleagues and everyone for his kindness and honesty.

Petr Cech is the goalkeeper with the most clean sheets in Premier League history. He has won four Premier League titles, five FA Cups, Europa League and Champions League to his name.

But it isn’t just his trophy cabinet that sets him apart from other goalkeepers but he is also a very intelligent man. During a game for Arsenal in 2016, Cech revealed he communicated to his defence in three different languages. The goalkeeper can also speak German, Slovak and Czech!