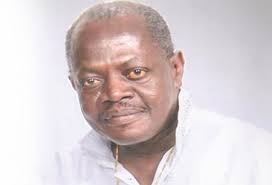 Bechem United president Kingsley Owusu Achau has revealed top Premier League club officials are neck in deep involved in the illegal betting as the Ghana FA struggles to preserve the integrity of the local top-flight.

The businessman claims top officials are involved in the damaging of the game in the West African nation.

The West African nation has come under the media spotlight for all the wrong reasons over suspected match-fixing on the final day of the season.

"They (club officials) engage in bets. Several officials are involved, I know what I am saying," he claimed on Asempa FM

"If the ethics committee invite me, I will come and explain to them. What they (bettors) are doing is destroying our game.

"We are all pretending not to be aware but we all know club officials are involved in this trade."

Inter Allies defender Hashmin Musah has claimed that he scored two deliberate own goals in a match against AshantiGold at the weekend so as to foil an alleged match-fixing plot.

Musah came on against the miners with the score at 5-0 and scored two deliberate own goals in the final 12 minutes. The match finished 7-0 on the final day of the season on Saturday.

Musah insists his goals were deliberate and that his team mates congratulated him for spoiling the 'pre-agreed' scoreline put in place for betting reasons.

The scandalous match has been widely reported by the international media to heighten pressure on the Ghana Football Association to act immediately.

Reports from Indonesia, Vietnam, England Portugal, France, Spain ,Poland, Czech Republic  amongst others have all captured  the disgraceful episode.

Videos of the defender’s goals went viral on social media, prompting calls for investigations, while Ashanti Gold, the opponent team have stressed they had no involvement in the alleged match-rigging agreement.

GHANAsoccernet.com reported on Tuesday that the police have launched an investigation into the activities of sophisticated organised crime syndicate operating from Kenya, South Africa, Italy and Russia.

Match fixing brings disrepute to any sport and any team that is involved in it.

The actions of a few are suffered by many, with football having more than its fair share of controversies.

Match fixing has probably existed since the sport began, but only occasionally is the truth uncovered and the culprits disciplined accordingly.

The FA  is desperate to preserve what is great in the beautiful game and are devising rules regarding betting in football to help protect the integrity and future of football.

These rules apply to everyone involved in football, from the players and managers, to the match officials and club staff.