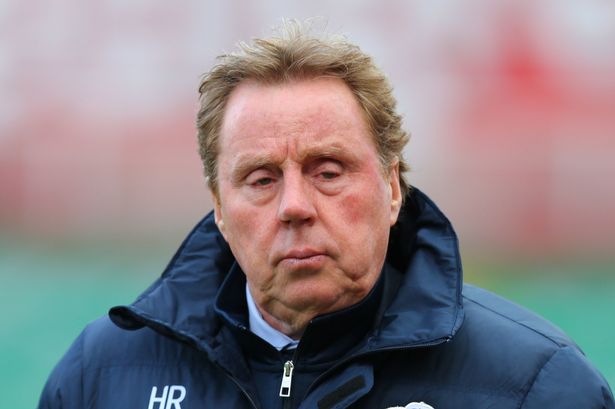 Just a few weeks after the departure of Black Stars coach Avram Grant, many coaches have submitted their CVs in pursuit of the vacant job and the latest to join the queue is top English manager Harry Redknapp.

The Black Stars have been without a coach for close to a month now following the mutual termination of Avram Grant's contract after Ghana's failure to end their 35-year AFCON trophy drought at the just ended tournament in Gabon.

Despite the Ghana FA remaining tight-lipped on who becomes the next coach of the Stars, grapevine sources at the headquarters of the federation have hinted that many coaches have submitted their resumes for the vacant job.

Reports in the Ghanaian media have hinted that one of the top managers who have expressed interest and is keen in landing the job is former Tottenham Hotspurs and Portsmouth manager Harry Redknapp.

Even though the manager is yet to confirm or deny the report, it is believed that the former coach of Ghana' Kevin Prince Boateng and Sulley Muntari has the clout to handle the Black Stars.

The 69-year-old’s interest comes as surprising after ignoring the overtures of Notts County in the English lower tier to remain outside coaching last month.

Just about a year ago, Redknapp revealed turning down offers from Egyptian giants Al Ahly and Zamalek before taking up the Jordan national team in a two-game deal. He was later in 2016 linked to the Nigeria job now occupied by Gernt Rohr.

Over the past months, a number of coaches – Herve Renard, Milutin Sredojevic, Willy Sagnol and others have been linked to the Ghana job.

The Ghana FA’s spokesperson last week hinted in an interview that when the time comes, they will look to employ a top coach with influence, love for the African terrain and ready to stay in the country and Redknapp fits the bill should the Ghana FA dwell on that.

The top-notch English manager was once linked to the Three Lions job but was prevented by the renaissance he had introduced at Tottenham at that tone to stay put to the club ignoring the national team job.

Redknapp won the English FA Cup with Portsmouth in the 2007/08 season and was voted the Premier League Managers Manager in the 2009/10 season.

He is credited with unearthing and transforming talents into super stars with Real Madrid winger Gareth Bale as a key example.