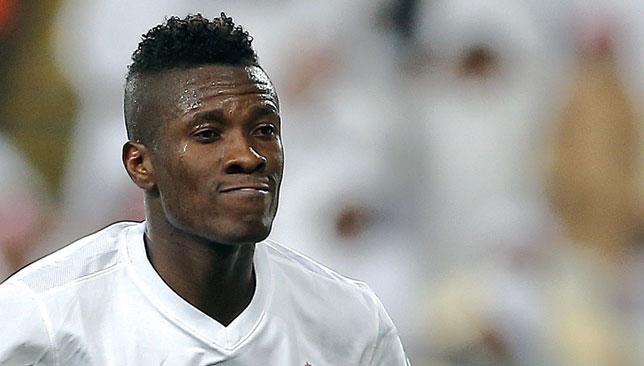 Confederation of African Football (CAF) is on the match again to crown the best footballer in the African continent.

From the West to the East, North to the South, CAF is already combing the entire African nations to identify the most resourceful, skilful and purposeful footballer in the year 2014.Â  In the process, 25 names have been released, which was later pruned to five to compete for the prized crown.

The release of the list has led to high expectations across the continent on who should be the next King of African Football. Football pundits are busy making permutations on who deserves to wear the crown. Is it Yaya Toure again?Â  Could it be the turn of Vincent Enyeama, undisputable the best keeper in Africa?Â  Or, could it go to Ghanaian Asamoah Gyan?Â  Indeed, who wears the crown for 2014? The African Football King will be unveiled at the gala nite of 2014 Glo- Caf Awards at the prestigious Convention Centre, Eko Hotel and Suites, Lagos on January 8, 2015. But as preparations for the 2014 Glo CAF awards gather momentum, it is pertinent to present the top 5 contenders for the African Player of the Year as released by CAF.Â  Who are they? What are their pedigrees?Â  What is the outstanding feature in each of them to earn them the crown?Â  Out of these 5, who richly merits the crown?

Ahmed Musa A very resourceful player, Ahmed Musa, from Nigeria was born on October 14, 1992. He currently plays for CSKA Moscow (Russia). He is known for his pace, dribbling runs and ability to cut inside the eighteen yard box and mesmerise any defence. Musa was a member of the Nigerian Super Eagles squad that won the 2013 Orange Africa Cup of Nations in South Africa in 2013.Â  He also featured at the FIFA Confederations Cup later in Brazil. He is the first Nigerian to score more than once in a FIFA World Cup final.Â  Indeed, his goals against Argentina in the 2014 FIFA World Cup in Brazil were exceptional.Â  It was Musa versus Merci, who also scored his teamâ€™s two out of three goals.Â Â  With CSKA Moscow, Musa won every title in Russia - League, League Cup and the Super Cup during the 2012/2013 season, scoring five times in the process. He remained an integral part of CSKA, especially in the current season where he has featured in almost all the club domestic matches and in the European Champions League.

Asamoah Gyan Was born on 22 November 1985 in Accra and he plays for AL Ain in the UAE Professional League. Gyan is the all-time leading goal scorer of the Ghana national football team,Â  Black Stars, and he has represented Ghana at the 2004 Summer Olympics and in 5 Africa Cup of Nations in 2006, 2008, 2010, 2012 and 2013, finishing third-place at the 2008 Africa Cup of Nations and runner-up at the 2010 edition, then fourth-place twice in a row at the 2012 andÂ  the 2013 Africa Cup of Nations respectively. Gyan represented Ghana at the 2006 World Cup, scoring the fastest goal of the tournament after 68 seconds. He also scored three goals at the 2010 World Cup but missed a crucial penalty kick in the last minute of extra-time in a quarter-final defeat at the hands of Uruguay. On 2 June 2014, Gyan was named in Ghana's squad for the 2014 FIFA World Cup. In the team's opening match, he captained the Black Stars against the United States in a 2â€“1 defeat. He scored his first goal of the tournament in a 2â€“2 draw with Germany, equalling legendary Roger Milla's record of five FIFA World Cup goals by any African player. In the final group match, he became the top African goal scorer in World Cup finals history by scoring the Black Stars' goal as they were defeated 2â€“1 by Portugal.

Pierre-Emerick Emiliani Francois Aubameyang Is a professional footballer who plays for the German club Borussia Dortmund and the Gabon national football team.Â  He was born on June 18, 1989. He is known for his pace, having clocked 30 meters in 3.7 seconds, and his capability of playing as a striker or a winger. He was on target three times for Gabon (a hat-trick against Niger) during the 2014 FIFA World Cup qualifiers as Les Panthers failed to reach the Playoffs. He has however been in superb form at club level. He emerged second top scorer in Ligue 1 with 19 goals during 2012-13 seasons, and also guided Saint Etienne to the Coupe de La Ligue (French League Cup). In July 2013, he joined German side Borussia Dortmund and has scored ten times in all appearances. He also won the German Super Cup with Dortmund after a 4-2 win over Bayern Munich. He has been in a very good form for his club since the beginning of the current season.

Vincent Enyeama Was born on August 29, 1982 and currently plays for Lille FC in France. The achievement of Nigeria in football in the last decade cannot be complete without mentioning the name of Enyeama. The shot-stopper is simply the finest on the continent after superb showings at the Africa Cup of Nations, FIFA Confederations Cup in Brazil, 2014 FIFA World Cup qualifiers and the World Cup proper also in Brazil. He was named the safest pair of hands as Nigeria won the continental crown in South Africa earlier in 2013. He also made a name for himself with Lille in the French â€œLigue 1â€ where they nick-named him â€œJesus in goalâ€ as he did not concede any goal from September 15 to December 7; maintaining an eye-popping 11 clean sheets from 16 games and 1035 minutes in total.

Yaya Toure Reigning African Player of the Year, Yaya Toure, from Cote dâ€™Ivoire was born on May 13, 1983. The Manchester City of England Player won the last three editions of the African Player of the Year Award and he is still at his peak. Yaya TourÃ© has been a regular member of the Ivory Coast national team since his debut in 2004. In 2006, he appeared for Ã‰lÃ©phants in all three of the team's matches at its first ever World Cup. In the 2010 tournament, he again appeared in all of CÃ´te d'Ivoire's matches, scoring the opening goal in a 3â€“0 win over North Korea.

TourÃ© has represented CÃ´te d'Ivoire at five Africa Cup of Nations tournaments; in 2006, 2008, 2010, 2012 and 2013. In the 2006 and 2012 editions, the team ended as runners-up. TourÃ© was named in the CAF's team of the tournament in 2008 and 2012. He made his third World Cup appearance during the 2014 competition, and captained the team in their opening match, a 2â€“1 defeat of Japan in which he was named man of the match by FIFA. He also helped the Elepahants to qualify for the 2015 African Cup of Nations. At Manchester City, he is a cult figure and has been the driving force for the club.Â  For the current 2014-15 season, the midfielder has found the back of the net five times in 11 games. TourÃ© began his playing career at Ivorian club, ASEC Mimosas, where he made his debut aged 18. His performances attracted attention from Europe. TourÃ© played for Beveren in Belgium, MetalurhDonetsk in Ukraine, Olympiacos in Greece, and AS Monaco in France. In 2007, TourÃ© moved to Barcelona, playing over 100 matches for the club and was part of the historic 2009 Barcelona team which won six trophies in one calendar year. Yaya TourÃ© then moved to Premier League club Manchester City in 2010, where he has since scored a number of key goals for the Citizens â€“ most notable of which were the lone goals in the 2011 FA Cup semi-final and final. TourÃ© has a distinguished international career with 82 caps for Ivory Coast. The Confederation of African Football will announce the top three nominees in the coming weeks, while the winners will emerge at the Glo CAF Awards gala night in Lagos on 8th of January, 2015.