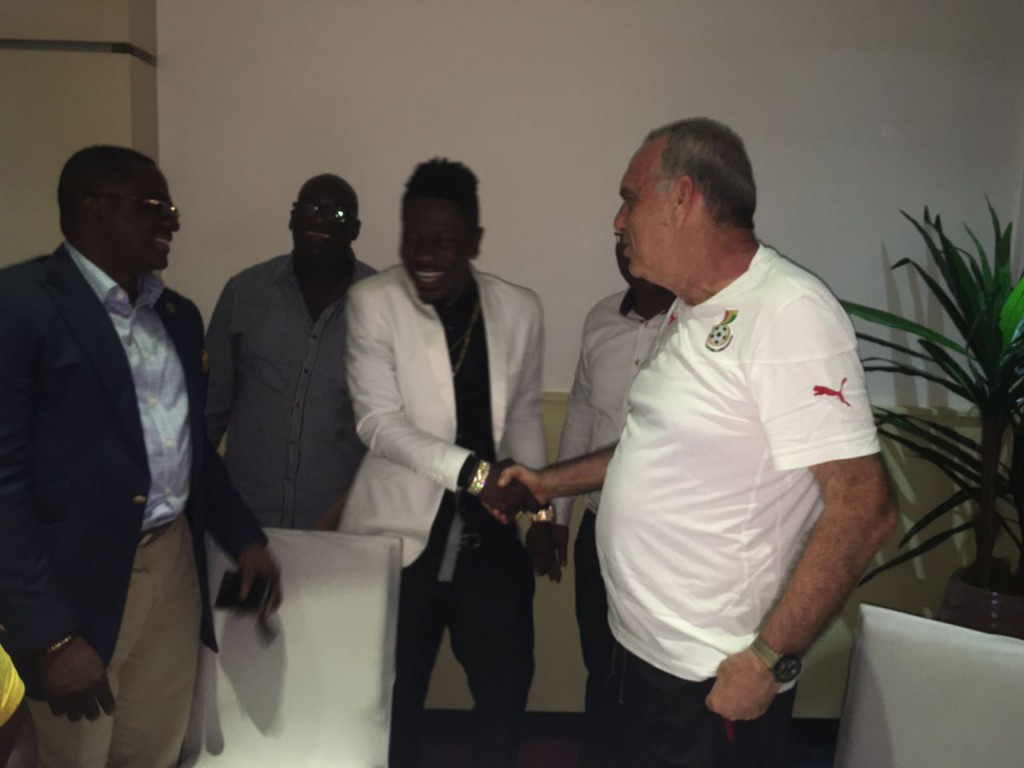 Dance Hall King Shatta Wale visited the Black Stars at their training camp at the Alisa Hotel ahead of their clash with the Mambas of Mozambique on Thursday afternoon.

The visit arranged by his  Uncle, Ben Nunoo Mensah was to afford the record- shattering singer the opportunity to wish the Black Stars well in their game against the Mambas today and also to ask all his fans to come to the stadium later today to cheer the stars to victory.

Accompanying the ace musician were his father, Charles Mensah Snr. his Uncle Ben Nunoo Mensah, and his Managers Chris and Roi. 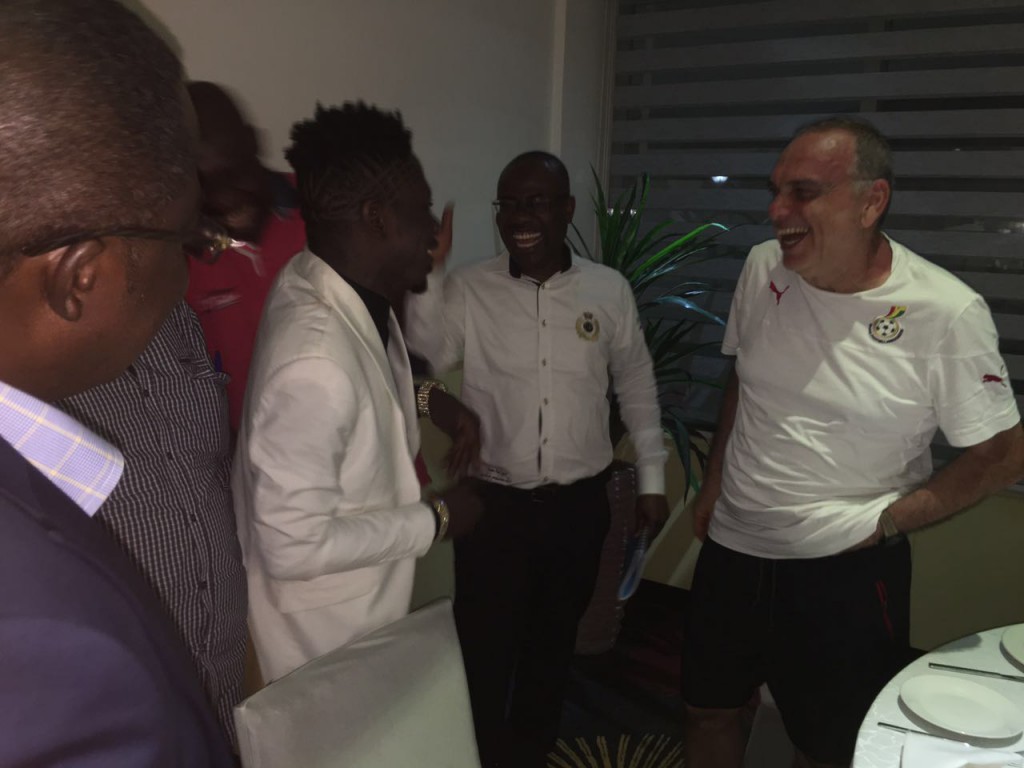 Shatta who is an old school mate of stars captain Asamoah chatted with all the players, the FA President and his vice and all members of the technical team lead by coach Avram Grant.

He later did an acapella with Captain Asamoah Gyan, Ageyman Badu and Afriyie Acquah. 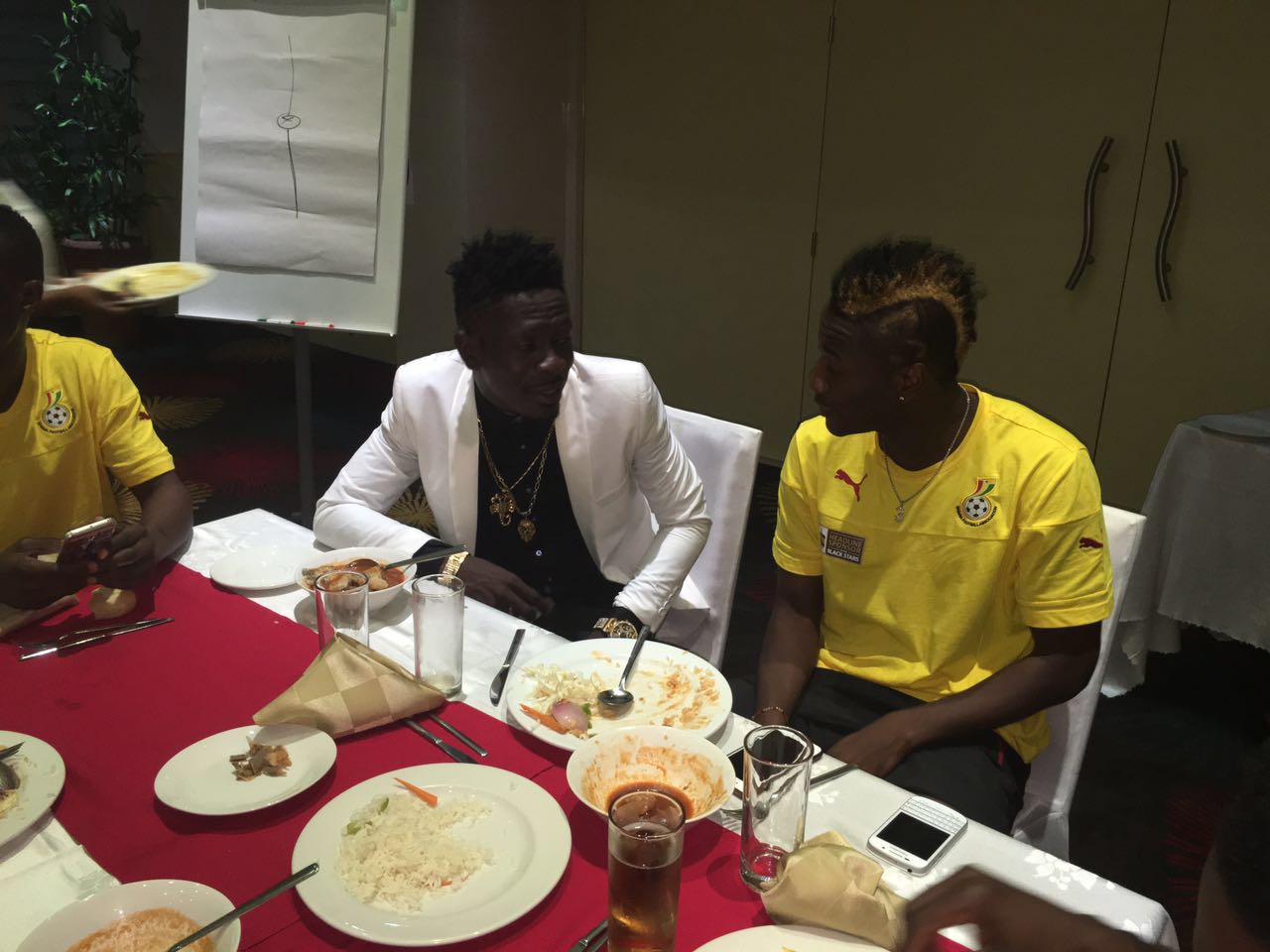 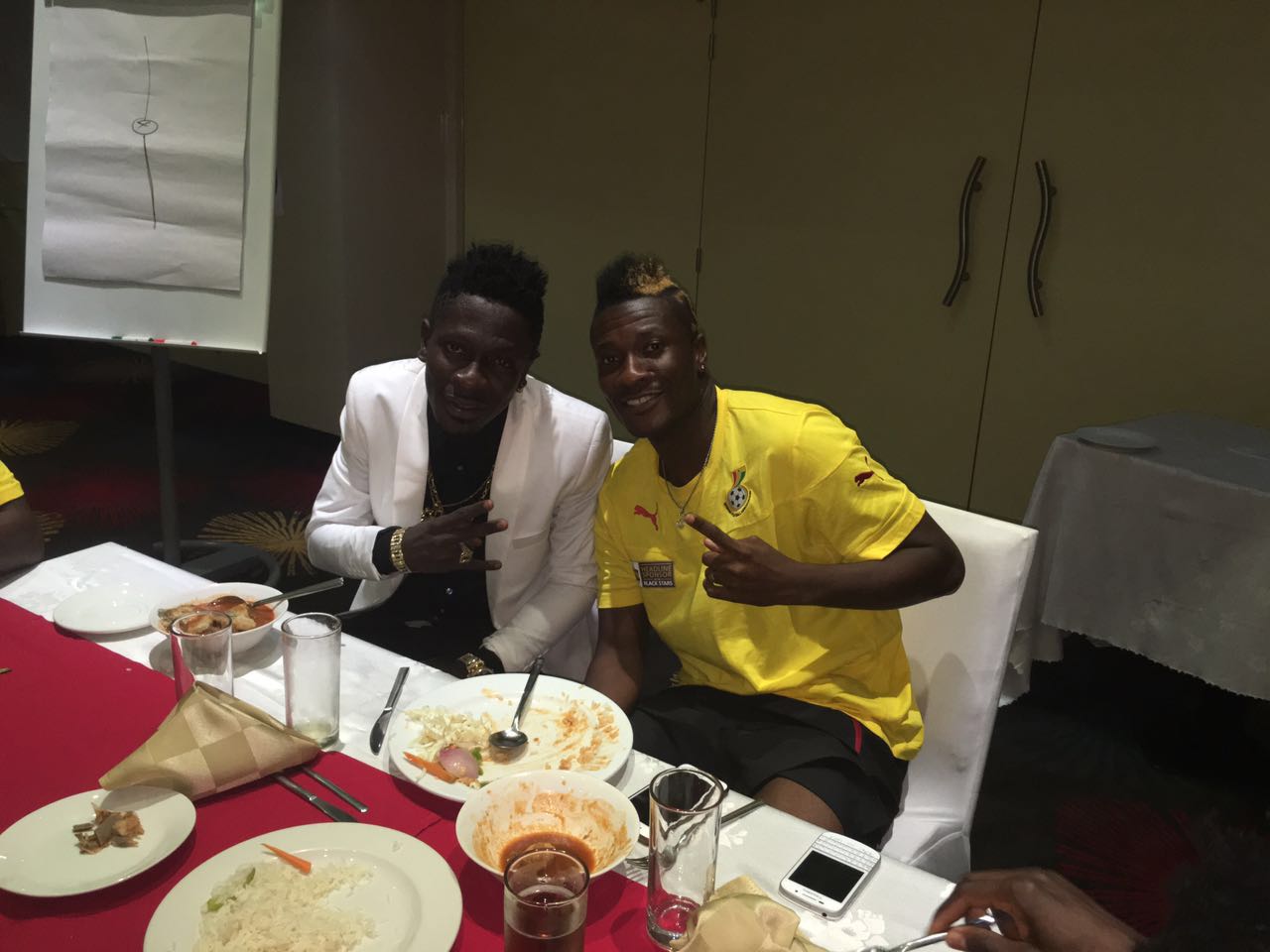 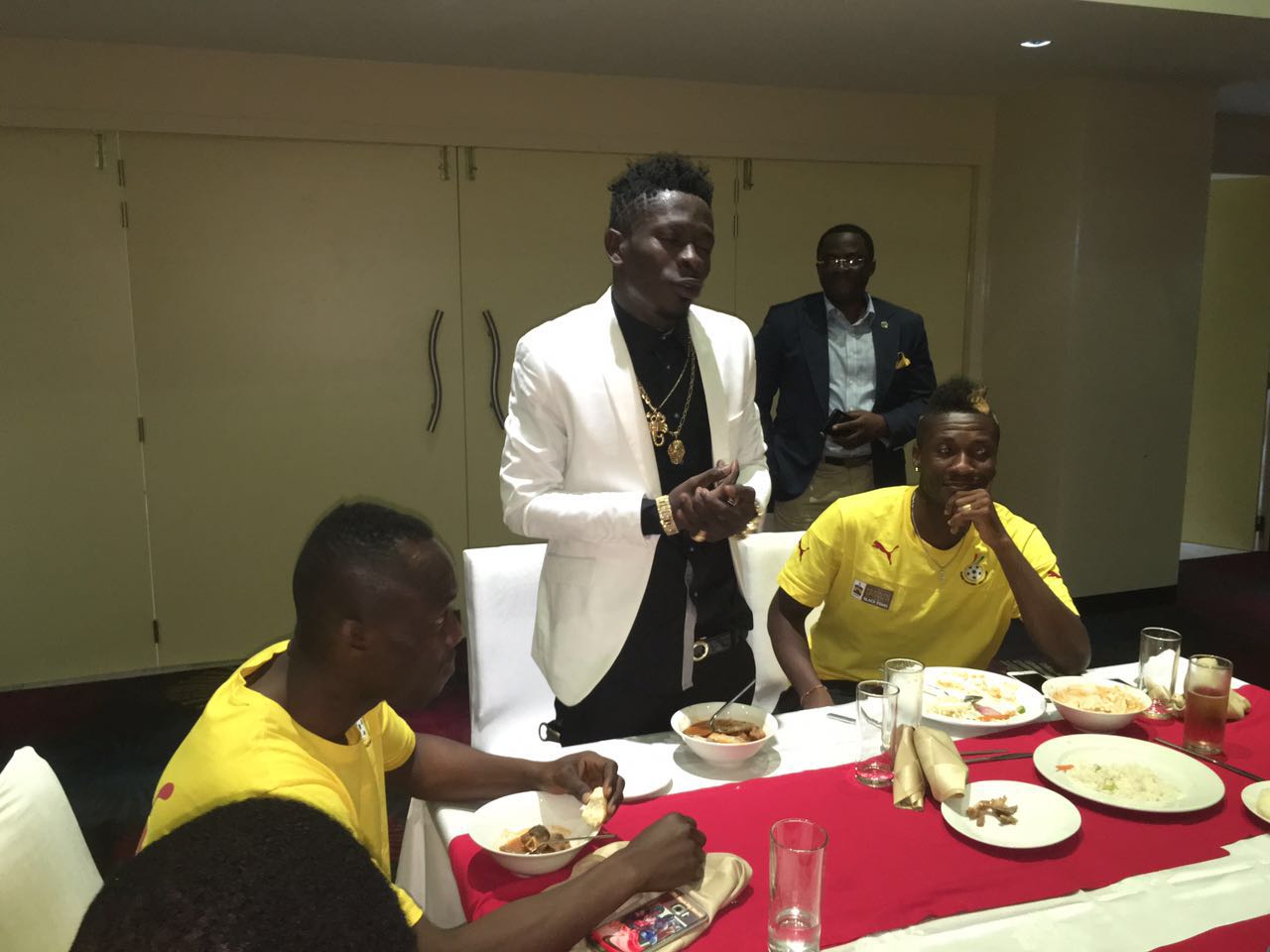 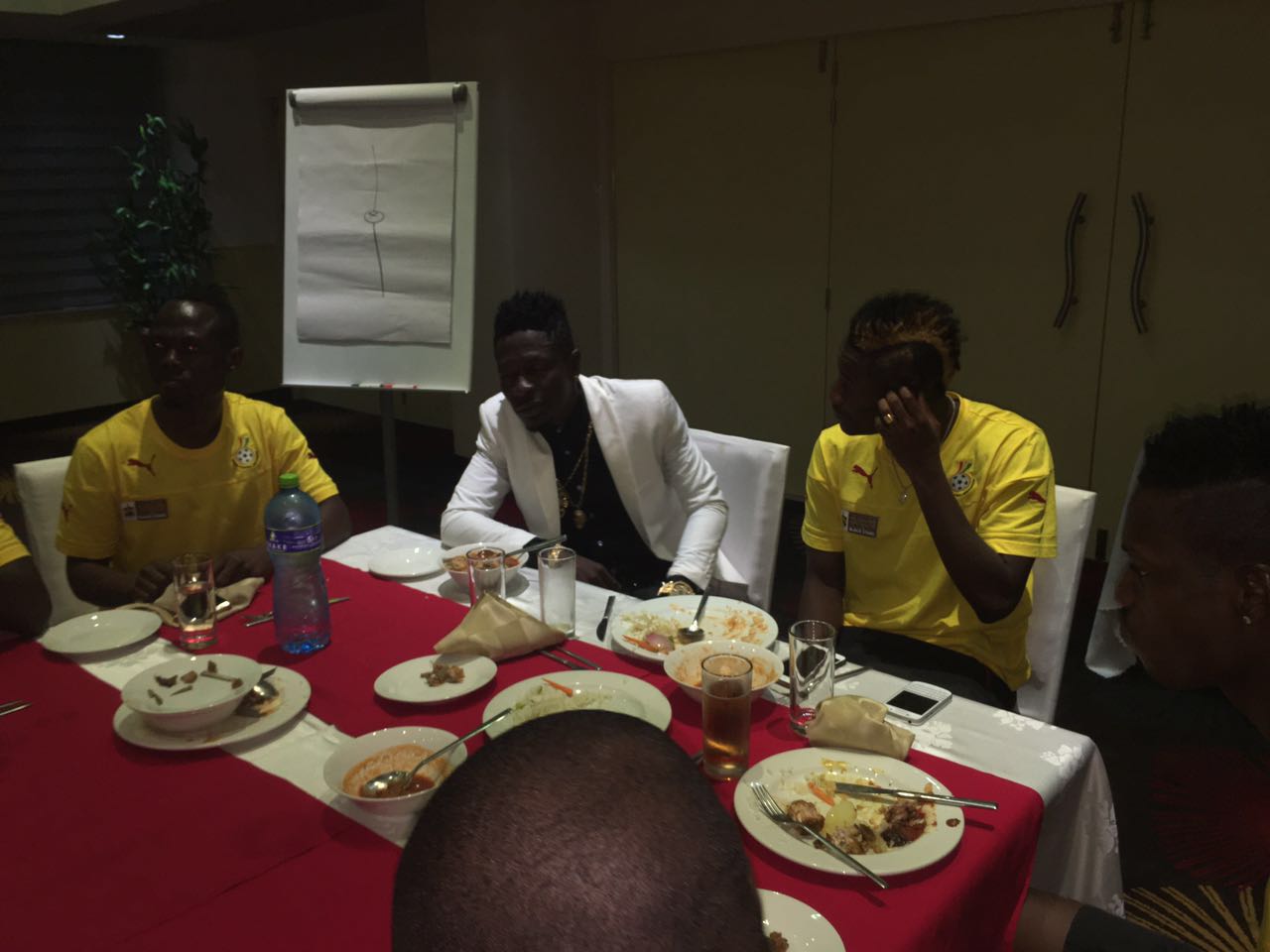