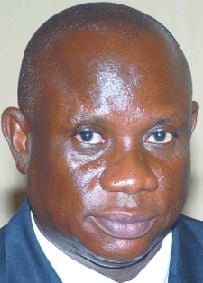 The former Black Stars captain has seen his team churn out poor performances in his last two games as head coach of the Black Stars.

Ghana managed to secure three points after two games in the 2022 World Cup qualifiers winning at home against Ethiopia and losing to South Africa in the second game.

There have been calls for CK Akonnor to be sacked as his team's performance has dropped in recent times.

The Black Stars have found the back of the net just once in their last four games with CK Akonnor in charge.

After the defeat to South Africa Akonnor has come under serious fire from the public with calls for him to be sacked before Ghana's next game in the World Cup qualifiers against Zimbabwe in October.

However, Politician Obiri Boahen has come to the defense of the former Wolfsburg captain indicating he needs more time.

“Coaches all over the world are given ample time for critical assessment and same must be done in the case of our own, C.K. Akunnor,” he told Wontomi FM.

“People think I don’t know football. I  have managed Bofoakwa Tano before and you should go and ask former footballer and politician, Nii Lamptey Vanderpuye and he will tell you I played well,” he added.

The Ghana FA will hold a meeting to decide on CK Akonnor future on Monday September 13, 2021.