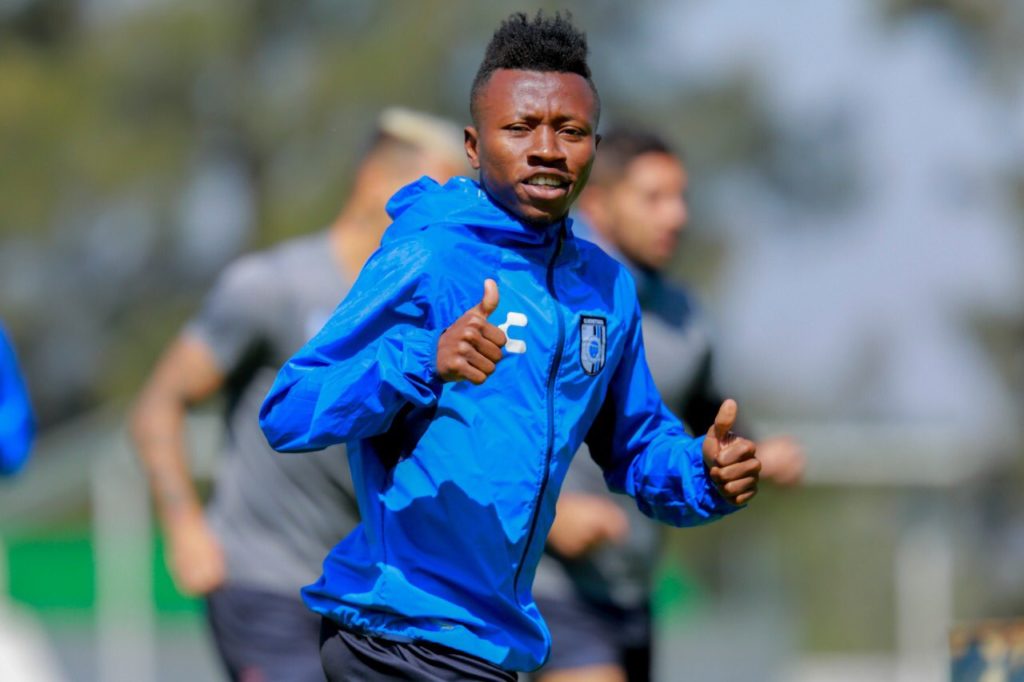 Former Ghana U-20 midfielder Clifford Aboagye is on the radar of four top Spanish La Liga clubs as they seek to secure his services to bolster their squads, GHANAsoccernet.com understands.

Each club appears willing to pay his release clause when the transfer window in Europe opens in the coming days.

According to close sources, Villarreal, Getafe, Valencia and Osasuna are all keen on the 2013 FIFA U20 bronze ball winner.

The 25-year-old attacking midfielder who ply his trade with FC Tijuana in the Mexican Liga MX might be lured back to the Spanish league after an initial difficult stint with Granada.

Aboagye was instrumental for Ghana Black Satellites during the 2013 and 2015 FIFA World Cups in Turkey and New Zealand respectively.

His sterling displays earned him move to La Liga where he made his professional debut for Granada FC during a Copa Del Rey match against Sevilla FC in the year 2015.

He could be making a return to the Spanish top-flight, if the clubs are able to trigger his buyout clause of €8 million.

The fast, tricky, and an excellent dribbler who has great control with the ball at his feet will be delight to watch again if the deal goes through.

Aboagye represented Ghana in 2013 FIFA U20 World Cup, being named the Bronze Ball of the tournament as the Black Satellites finished third.

Clifford played 90mins for Tijuana after the restart of the Mexican top-flight, as his superb long range pass resulted the second goal for his side to win 3-1 away.