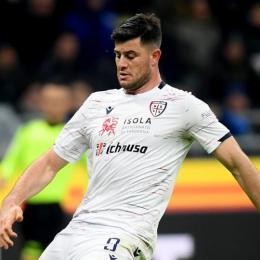 Pursued during winter window latter days, Italian striker Alberto Cerri (turning 24 on April 16), according to Tuttosport, is still tracked by Torino, though only as a backup target. Playing for SPAL as a loanee, former Juventus reserve is currently on a parent-club deal with Cagliari until June 2023.