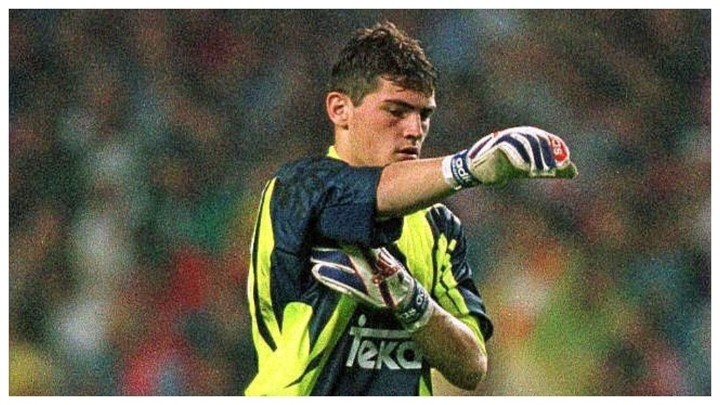 To understand Iker Casillas' personality you have to go to Real Madrid, where he first burst onto the scene as an 18-year-old.

The legendary goalkeeper hung up his gloves in August 2020 and, as he reflects on his career, Movistar have created a documentary series about the man many in Spain call 'San Iker'.

"The first time I saw Iker was in a training match at Madrid," John Toshack, the coach who gave Casillas his Real Madrid debut in 1999, recalled as part of the 'Hanging up wings' documentary.

Toshack joked about his decision to give Casillas his debut at San Mames at the age of 18.

"I remember saying, 'What have you done here? So small, at San Mames...' With him the goals seemed to be 20 metres long and high," Toshack said.

"And he was so small there. But little by little he became more confident... He was young, but he had the head of an old man on his young shoulders."

Casillas also acknowledged that today he is still hallucinating about that moment, which would come much sooner than he could have imagined.

"I start thinking about the day of my debut: an 18-year-old boy, in goal for Real Madrid at San Mames.... No one or very few people get on!" the former goalkeeper noted.

"I said, 'What am I doing here playing with these people?' It was like I was in a dream."

Fernando Hierro, Casillas' teammate on the day of the debut, remembered that they were all very concerned about him.

"We were all very attentive to him, to his warm-up and his feelings," he said.

Carlos Martinez, a Movistar journalist, also gave his view of that surprising debut.

"Iker looked like a child because he was a child," he recalled. "He clearly looked like a 15/16-year-old. It was surprising that he could be Real Madrid's goalkeeper."