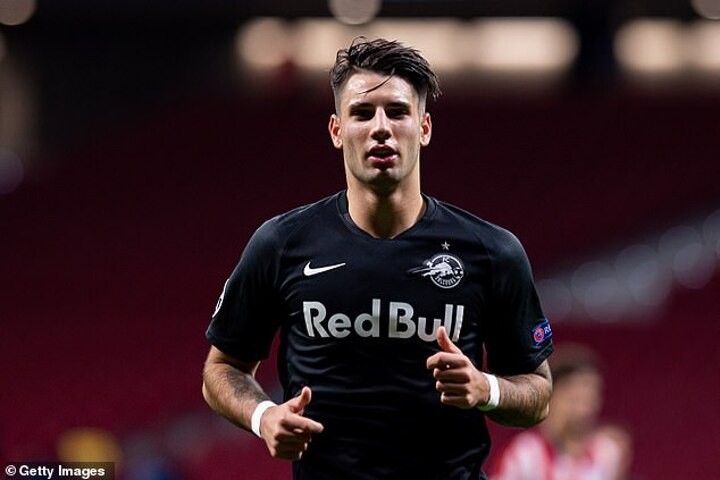 Tottenham and Arsenal are scrapping with a handful of top European sides for the signature of Red Bull Salzburg starlet Dominik Szoboszlai, according to reports.

The Hungarian international is one of the most promising young talents in world football and has a host of suitors after some sparkling displays across the last two seasons with the Austrian outfit.

The 20-year-old, who is rated at around £18million, now has both London rivals vying for him, as well as AC Milan, Atletico Madrid and RB Leipzig - who are leading the chase for the midfielder, claims Eurosport.

Szoboszlai has already played 78 times for Salzburg, scoring 25 goals in total having won his debut for the club in 2018. The player is now ready to make a big move and has indicated his desire internally, the report adds.

He will have no shortage of options should his club allow him to leave, and Spurs, Arsenal, Milan, Atletico and Leipzig will all 'make their case' for how they can further continue his development and help his realise his potential, it says.

But it is the Bundesliga side who are understood to have the biggest pulling power in making the deal happen as they are Salzburg's sister club - with both owned by Red Bull. That would make the transition a swift one while also allowing Szoboszlai to play at a high level.

Leipzig were left disappointed when Salzburg allowed Erling Haaland to join German rivals Borussia Dortmund, Eurosport claims, but fully expect to get their man on this occasion.

Szoboszlai is also a Hungary international and has an impressive 12 caps for the team so far, scoring three times. He started his professional career at FC Liefering, who are also owned by Red Bull, before moving to Salzburg in the 2017-18 season.

Fans will get a better glimpse at Szoboszlai when he goes up against reigning Champions League holders Bayern Munich on Wednesday night.