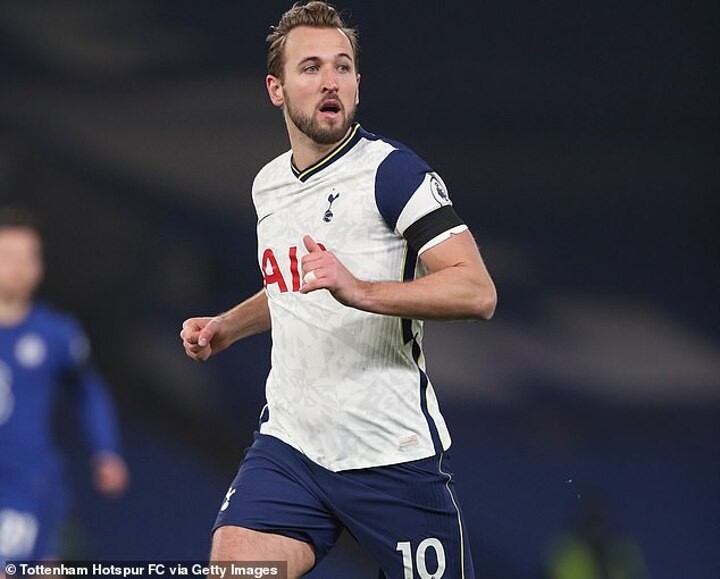 England and Tottenham striker Harry Kane has addressed racism in football and society, insisting that players should continue to take the knee before matches.

Premier League games this season have seen players and officials take the knee after the decision was met with unified acceptance during Project Restart following George Floyd's death in the United States in May.

The response to the act in the lower divisions of English football has become more divided and QPR director of football Les Ferdinand said the impact of it 'has now been diluted'.

But the Three Lions captain believes players should continue to take the knee prior to kick-off as the spotlight the Premier League is under can result in greater education.

'I think we are a huge platform to share our voices across the world, to be honest,' Kane said in an interview with Nihal Arthanayake on BBC Radio 5 Live.

'Obviously we have done a lot with Black Lives Matter and taking the knee before games. I hear people talking about taking the knee and whether we should still be doing it, and for me I think we should.

'What people don't realise sometimes is we are watched by millions of people around the world, and of course for the person who watches the Premier League every week, they see the same thing every week.

'But I think if you look round the world, you see children watching the game for first time, seeing us all take a knee and asking their parents asking why we take the knee… I think it's a great chance for people to explain why and get their point across.'

In particular, the 27-year-old knows he has a duty to enlighten his children - Ivy and Vivienne - on the issue.

'Any parent will tell you they want the best life for their children,' he said. 'They want to bring them up in a world that is united and together.

'I have a responsibility for educating my kids and then when they go to school and have friends, they need educating from school as well. And any workplace too, I feel like it’s something that should be spoken about and taught.'

A number of players in English football have been targeted by racists on social media with Spurs star Ryan Sessegnon the latest to reveal that he received vile racist abuse on social media last month.

Manchester City's Raheem Sterling, Watford's Troy Deeney and Crystal Palace's Wilfried Zaha have all spoken out on the abuse they have received.

United's Rashford has been trying to eradicate child poverty in the UK by successfully lobbying the Government to provide free school meals and teaming up with charity FareShare. Sterling meanwhile is one of sport's leading members in tackling social issues, becoming a leading voice in the fight against racism.

'I think what Marcus and Raheem have done has been incredible and you see a lot of the work players do for communities and charities, I know first-hand players are doing an awful lot,' Kane added.

'I don't like it when people say we should just play football and stick to kicking a ball.. because we are a huge platform. We come across to millions round the world. Our voices should be heard.

'All we want to do is help and help the world into a better place, and for sure what Marcus has done is doing that. I hope it gives people confidence to do what they believe.'

Kane, Rashford and Sterling were all on the field of play when England's black players were targeted with vile racist abuse from Bulgaria fans last year. The game, which Gareth Southgate's side won 6-0, was halted twice.

'Myself, I've never been racially abused, I don’t know how that feels,' Kane said.

'As a player, I was embarrassed to be on that pitch, and see that abuse to my friends and teammates. I was proud of how everyone wanted to carry on and show in the pitch that we wanted to win.'

This season the Premier League launched their own anti-discrimination campaign No Room For Racism prior to the campaign following support for the Black Lives Matter movement during Project Restart.

However Manchester United striker Edinson Cavani found himself at the centre of controversy at the weekend after using the word 'negrito' in a social media post to a friend after his match-winning performance at Southampton.