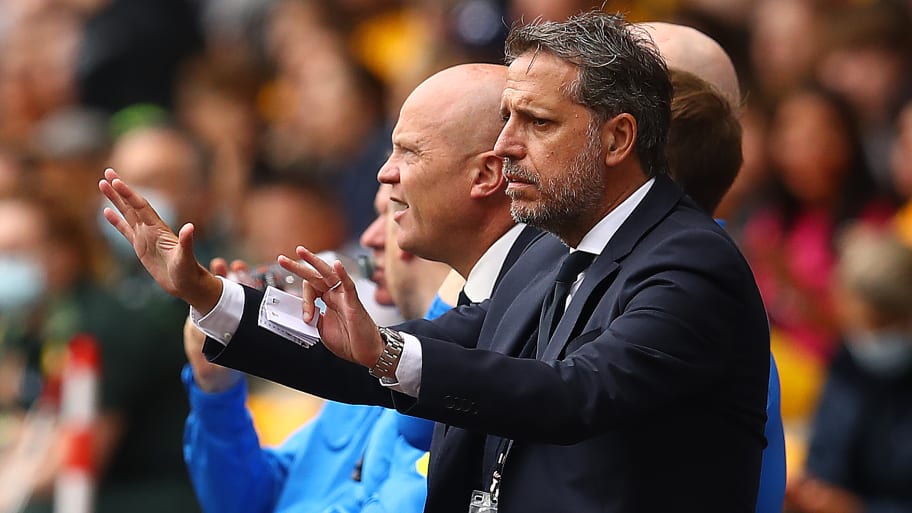 Tottenham fans will have woken up on Friday morning with some cautious optimism.

But in one fell swoop, that optimism was wiped out.

A deal for Luis Diaz was said to progressing well, only for the efficient Liverpool to sense a threat to a transfer they were lining up for the summer and gazump Spurs with a total package worth €60m - €45m of which are concrete payments with a further €15m in add ons.

It's hardly a revelation that Tottenham's approach to the transfer market is a little skew-whiff. Few players signed by the club in the past three years have come in and made a defining impact.

Pierre-Emile Hojbjerg started well but is starting to show his limitations, Steven Bergwijn's contributions are intermittent - though the double at Leicester was obviously glorious - and the less said about Tanguy Ndombele and Giovani Lo Celso at this stage, the better.

The need for a reset has been clear for a while now, but this January transfer window has only served as a reminder of just how chaotic things were in the summer.

Spurs dallied in appointing a manager - eventually landing on Nuno Espirito Santo - and three of the five signings which were made during that window came in August, giving the manager little time to blood them into his squad.

Things have changed since that window. Antonio Conte has come in and made his assessment of the squad, and the Italian pulled no punches when he said Spurs "needed something" in January.

With deals collapsing for Adama Traore and now Diaz, things are getting more and more frantic as the deadline approaches, but that pair as targets shows how the scouting department and those in charge of transfers just don't seem to get it.

The Traore link has always felt a bit off. Had he been bought, the Spain international would have been stuck at right wing back, despite that not being his natural position. Why not target someone who has played that role and impressed in the Premier League already?

With Diaz, when there are concerns over creativity in central midfield and the right side of defence, why target a left winger?

There are many myths that surround the work of managing director Fabio Paratici. He's always said to be cooking things up with plenty of irons in the fire, but Spurs are yet to reap the rewards of his appointment - the signing of Conte aside.

There seems to be no real plan set in stone when it comes to recruitment. Spurs get linked with every player under the sun and often the stories hardly make sense when you look at what the team needs.

Tottenham are undoubtedly in a better position now than where they were in October, league position wise, but this is why the window has been so frustrating for Spurs fans. There is a genuine chance of finishing in the top four and qualifying for the Champions League, but the scattergun approach to transfers will leave Conte without much creativity in midfield, a below par operator in Emerson Royal - only signed this past summer - on the right, and without an added goal threat to supplement Harry Kane and Son Heung-min up front. Unless they make some panic buys in the next few days.

Their transfer strategy needs to change, and fast. The club needs to identify solid targets and pursue them aggressively, just like their rivals have in the past few years. If not, Spurs risk falling even further behind the clubs at the top of the Premier League and wasting their best opportunity for success under a manager who just needs a bit of backing to get the best out of his squad. A lot of that falls on Paratici, who needs to improve in his role and fast.

Wasted opportunities, eh? Where have we heard that one before?

This article was originally published on 90min as Tottenham are no better off for Fabio Paratici's arrival.