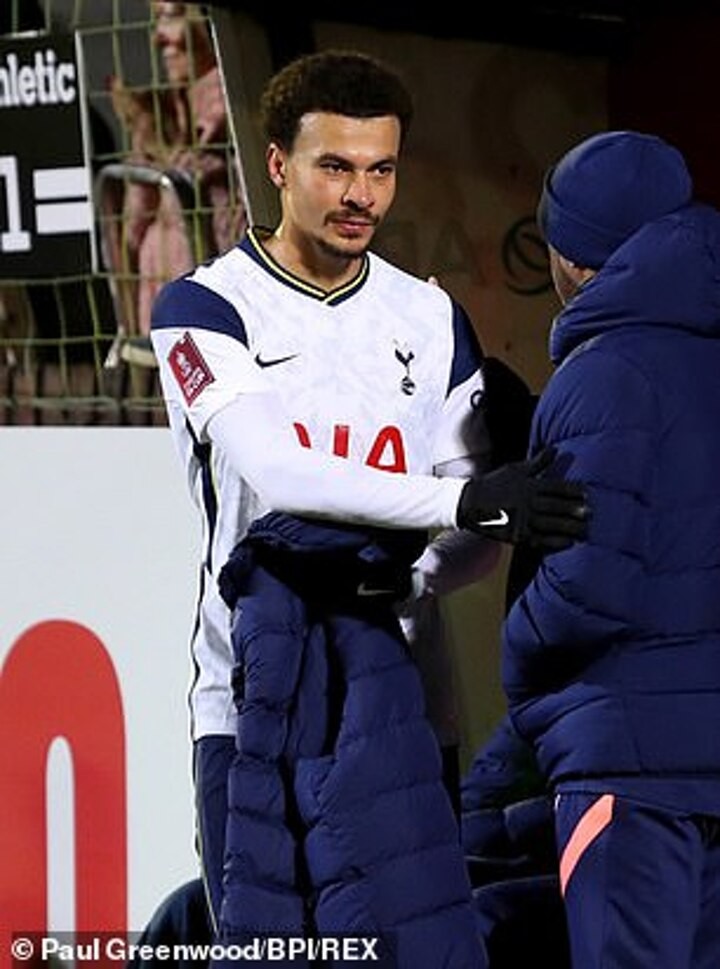 Tottenham are refusing to sanction Dele Alli’s proposed loan move to Paris Saint Germain despite clear indications he still has no future under Jose Mourinho.

Alli was expected to be allowed to leave Spurs this month, with PSG primed to renew their interest in the midfielder.

But the injury to Giovani Lo Celso is now threatening the move, with Tottenham currently unwilling to let Alli leave while the Argentine is on the treatment table.

Letting Alli leave could re-emerge as an option at the end of January - but as it stands Daniel Levy does not want to sanction the 24-year-old’s exit.

The news will come as a huge frustration to Alli, who appears to have no future whatsoever under Mourinho.

Having publicly praised Alli for his performance against Marine in the FA Cup last Saturday, Mourinho kept the midfielder on the bench for Wednesday’s 1-1 draw against Fulham - a decision that merely underlined the idea that Alli must move to play regular first-team football.

Thus far, Alli has remained silent on his first-team exile but is likely to be deeply upset by his current predicament.

With little hope of regularly first-team action, even in Lo Celso’s absence, and the club’s apparent hesitant to sanction his exit, Alli is facing up to another five months of frustration.

He was touted for a move to the French capital to link up with his former Spurs boss Mauricio Pochettino, who has just taken over the reins.

Alli has been limited to just five starts this season, including 239 minutes of action in all competitions. He has form has dipped in the last few seasons despite showing a brief improvement when Mourinho first took over the club.

The former MK Dons star scored nine times in his first season but the club's Amazon documentary highlighted tension between the pair, with the Portuguese coach calling the player 'lazy' in training.

This season he has singled the player out for criticism on a number of occasions and accused him of 'creating problems for his own team' during their 3-1 win over Stoke in the Carabao Cup last month after giving the ball away during a counter-attack.

'A player that plays in that position has to be a player that links and creates, not one that creates problems for his team on the counter attack.

'They caught us on the counter-attack, so yes, I was upset.'