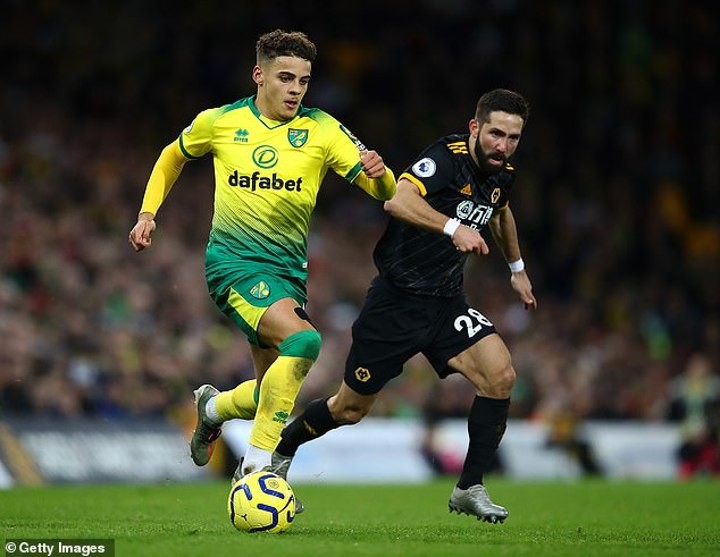 Tottenham Hotspur have stepped up their interest in Norwich defender Max Aarons as the north London side look to address their problem area at right back.

Jose Mourinho has had a headache at right back with Serge Aurier under-performing and Kyle Walker-Peters out of favour, while youngster Japhet Tanganga has filled in admirably in Spurs' last two fixtures against Liverpool and Middlesbrough.

But Mourinho is keen to dip into the market for a long term option at the right side of his defence, with the highly-rated Aarons on the wishlist of many of the Premier League's top clubs.

And, according to Football Insider, Spurs have been making calls to the East Anglian club every day regarding the availability of the 20-year-old.

Aarons was a key figure in Norwich's promotion campaign last season, with the Canaries winning the Championship to secure their place in the Premier League.

He has played a full 90 minutes in 20 of Norwich's 22 fixtures this season, with Daniel Farke's side rooted to the bottom of the league table.

As Sportsmail reported earlier this month, a bid of £30million would be enough to prise the youngster away from Carrow Road, although Aarons may have to return to the strugglers for the rest of the season on loan.

Aarons, who was the EFL Young Player of the Year last season, does not want to return to the Championship next season and a host of clubs are on high alert to make a move for the Englishman.

Spurs' arch rivals Arsenal are interested while Everton and West Ham are monitoring the situation.