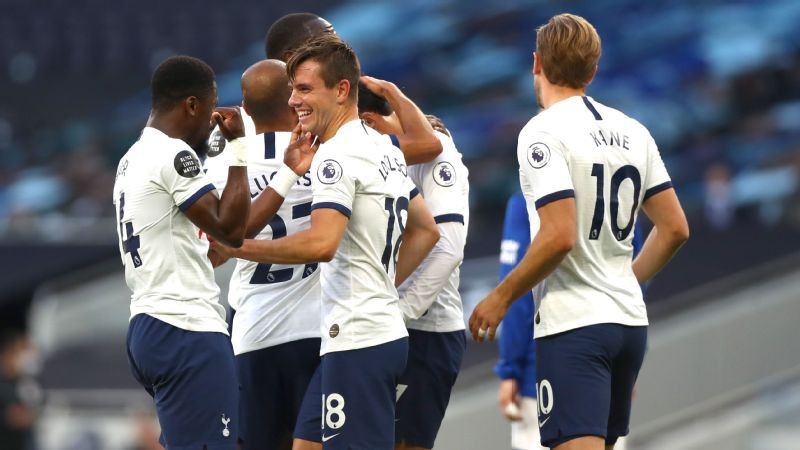 Tottenham defeated Everton 1-0 in a mid-table Premier League clash in London on Monday.

Michael Keane scored an own goal in the 24th minute after deflecting Giovani Lo Celso's shot past Everton goalkeeper Jordan Pickford for the game's only score.

Tempers flared at half-time when Tottenham captain Hugo Lloris rushed to confront teammate Son Heung-min, and the France keeper was seen pushing the forward before Lo Celso and Harry Winks intervened to separate the clashing teammates on the field before they headed into the dressing room.

Just before the break, Son had lost the ball which led to Richarlison having a chance to equalise but striking wide.

The spat seemed to have faded by the time the players returned from the half-time break, with Lloris seen embracing Son as they came out of the tunnel.

The win moves Jose Mourinho's men level on points (48) with Sheffield United, who began the night in eighth place. Everton, who remain on 44 points, are in 11th.

Information from The Associated Press was used in this report.