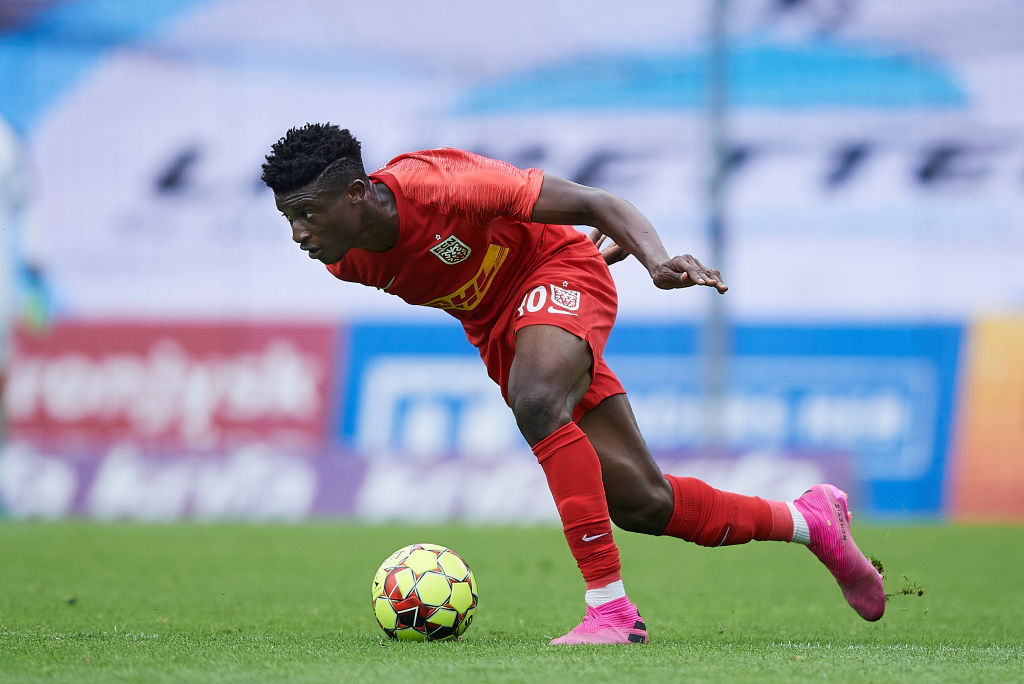 Tottenham and Everton have been dealt a transfer blow after reported target Mohammed Kudus agreed a five-year deal with Dutch giants Ajax Amsterdam from Nordsjælland.

The 19-year-old is expected to join the four-time European champions on a long-term contract in a deal worth €9 million.

Kudus's deal is a bitter blow for the Toffees manager Carlo Ancelotti, who had been courting the teenager for a couple of months.

A bid for the talented Ghana star was imminent until Ajax stole the march off the English side and other including Tottenham for his signature.

The news is, of course, a huge boost for the Dutch giants who have won the battle for his services in the next five years.

Kudus has played his part in 12 goals this season for Nordsjælland in the Danish Superliga.

Though Kudus is a midfielder by trade, he is quite versatile and spent half the season in advanced role.

He can also play as a 10, a winger, and a defensive midfielder and was deployed by Nordsjælland in each position this season.