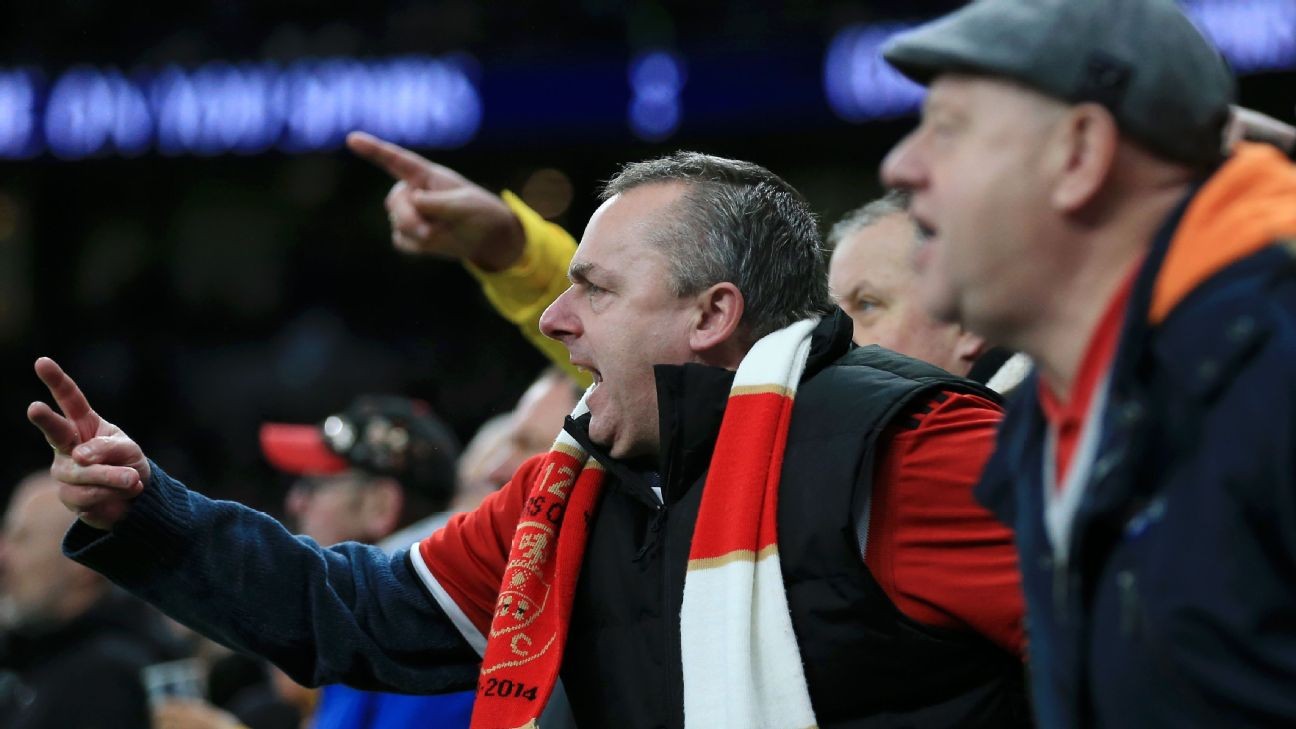 Such is the disquiet with VAR that Tottenham Hotspur fans gave their Sheffield United counterparts a round of applause when the visiting supporters loudly vented their frustration at the technology on Saturday.

The Video Assistant Referee system had helped preserve the lead Son Heung-Min gave Tottenham in the 58th minute. But few in the ground could understand why David McGoldrick's equaliser minutes later had been disallowed.

It seemed a clear-cut goal when Sheffield's McGoldrick tapped home Enda Stevens's cross, but when referee Graham Scott put his finger to his ear the visiting fans' celebrations were put on hold.

Nearly four minutes later the goal was ruled out, apparently because during the build-up John Lundstram's big toe had been offside by half the width of a shoelace, if that.

Had George Baldock's later equaliser, which also went to VAR, been ruled out too it would have been an injustice for Chris Wilder's side who were worth at least a 1-1 draw.

Sheffield United are riding high in the top six after a superb start to life back in the Premier League.

But rather than wax lyrical about the way his side outplayed Tottenham, especially in the first half, Wilder was left to offer his thoughts on the VAR system that is leaving fans, players and managers scratching their heads on a weekly basis.

"If it's offside then we have to deal with it," Wilder said.

- When does the transfer window reopen?

- Premier League winter break: All you need to know

But even on video replay it was almost impossible to tell whether Lundstram had indeed been offside.

Wilder said that even if he had been, the question was at which point the referee had deemed it a new phase of play, as the apparent offence happened early in the move that eventually saw the ball end up in the Spurs net.

"It's just confusion from our point of view," Wilder said. "It's gone down the right, it's been crossed, it's come back out, and where does it get re-set to go again?

"The length of the stoppage doesn't do anybody any good. Managers, players and supporters. They told us it must be clear and obvious (to be offside). I'm just glad the second goal was given, because after the big delay for the first goal all kinds of things are going through my coconut on the second one.

"[VAR] is here to aid referees. It affects the game. The length of time it takes. We need to have a big look at it in the summer. It's here to stay, but there were always going to be these issues, but it's going to have to run its course."

Tottenham manager Mauricio Pochettino was sympathetic, having seen Son have a legitimate-looking goal ruled out at Leicester City earlier this season.

"The referee can make a mistake, but with VAR it is difficult to accept this type of situation and I empathise with Chris when the decision and the line is so thin," he said.

"I told you my feelings when things were for us and against us. I am not going to talk in a different way. With the VAR it is difficult to understand for sure."