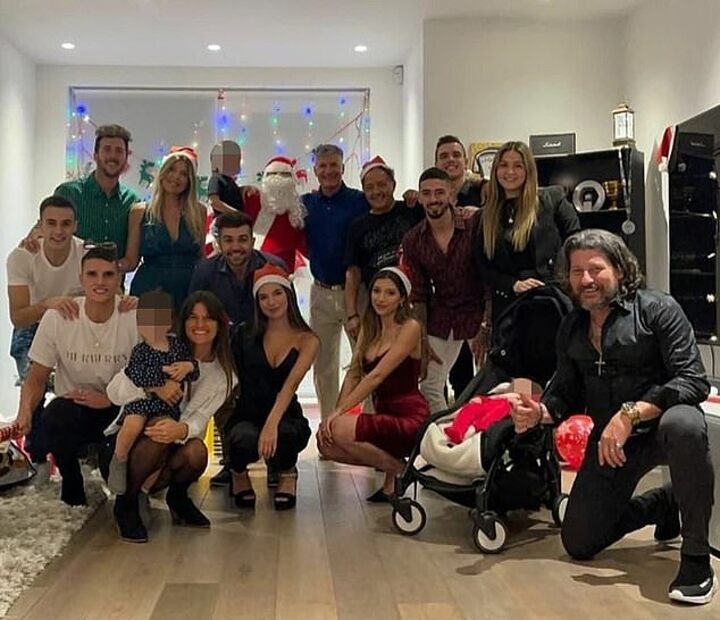 That's according to The Athletic, who add that Tottenham's hierarchy have reminded the three players of their responsibilities.

The trio were pictured in a large group photo alongside West Ham's Manuel Lanzini to celebrate Christmas.

Lamela tweeted: 'I want to apologise for a decision I made over Christmas which I deeply regret. On reflection I understand the seriousness of my actions and the impact it has on others. I am truly thankful to everyone working hard to keep us safe and I feel ashamed knowing I've let people down.'

Lo Celso responded to fans' criticisms by posting: 'I want to apologise to everyone — I understand the great sacrifices people are making to keep themselves and loved ones safe and the frustration you have expressed towards me is justified.'

Lanzini, posting on Twitter, with four praying emojis, wrote: 'I want to apologise for a bad mistake I made over Christmas and I take full responsibility for my actions. I know people have made difficult sacrifices to stay safe and I should be setting a better example.'

Spurs manager Jose Mourinho said after his side's 3-0 win against Leeds he was 'disappointed' with his players, particularly as he had left Reguilon a special Christmas dinner at the training ground with the Spaniard meant to be on his own on December 25.

'It was an amazing gift, a Portuguese piglet,' said Mourinho. 'I gave it because I was told he was spending Christmas on his own. He was not alone, as you could see, and we, of course, feel disappointed. We give the players all the education and the conditions. It was a negative surprise for us.'

On Saturday, Tottenham said: 'We strongly condemn this image as we know the sacrifices everybody around the country made to stay safe over the festive period.

'The rules are clear, there are no exceptions. We regularly remind our players and staff about the latest protocols and their responsibilities to adhere and set an example. The matter will be dealt with internally.'

West Ham struck a similar tone about Argentinian Lanzini, saying: 'Manuel has been strongly reminded of his responsibilities.'